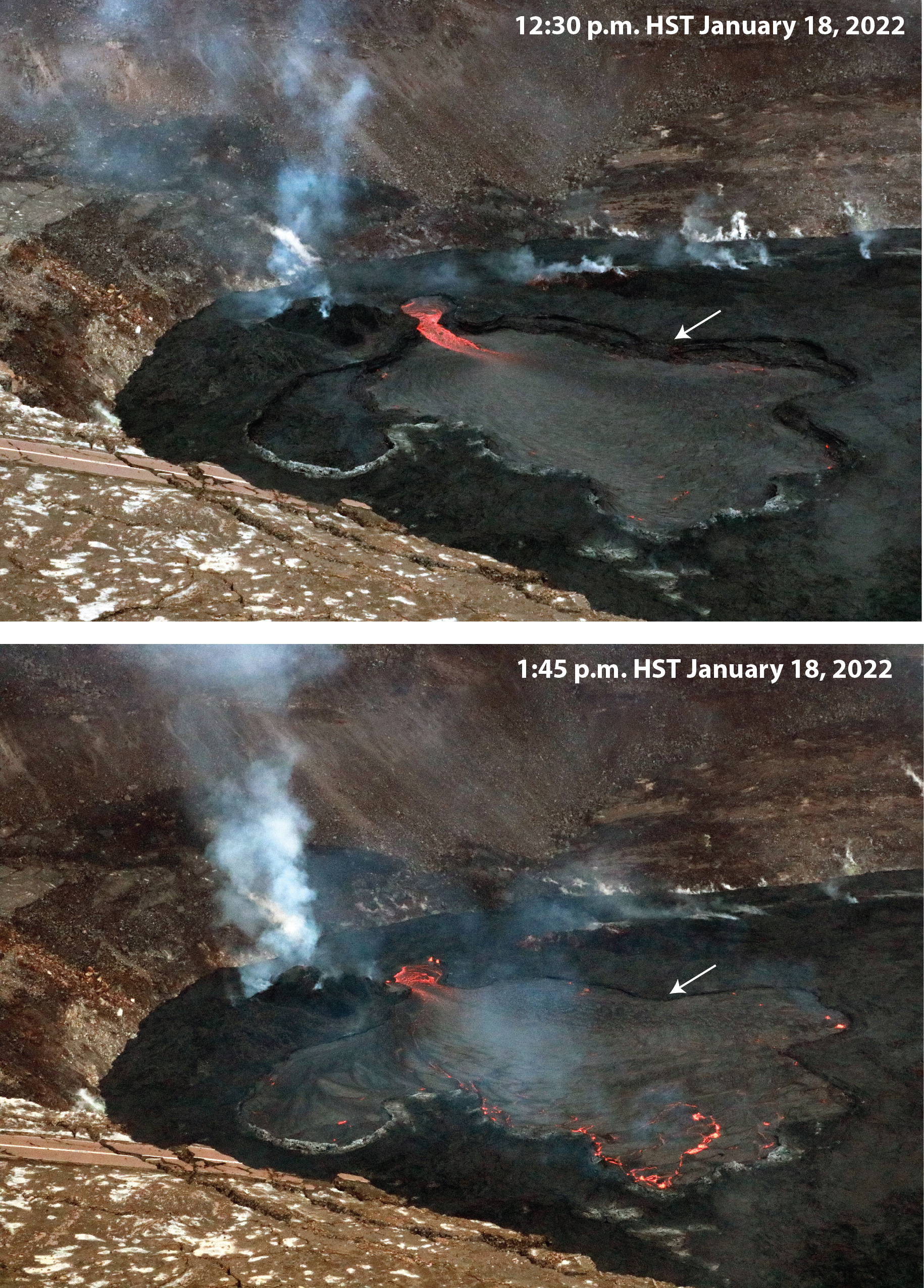 Hawaiian Volcano Observatory geologists arrived at the summit of Kīlauea shortly after the eruption in Halema‘uma‘u crater resumed on January 18, 2022. These photos compare the active portion of the lava lake shortly after the eruption re-started, when the lake level was lower (top) to a little more than an hour later, when lava had re-filled much of the active lake area (bottom). The white arrow points to approximately the same spot on both images, where the difference in lava-lake level (approximately one meter or three feet) is easily visible. USGS images by K. Mulliken