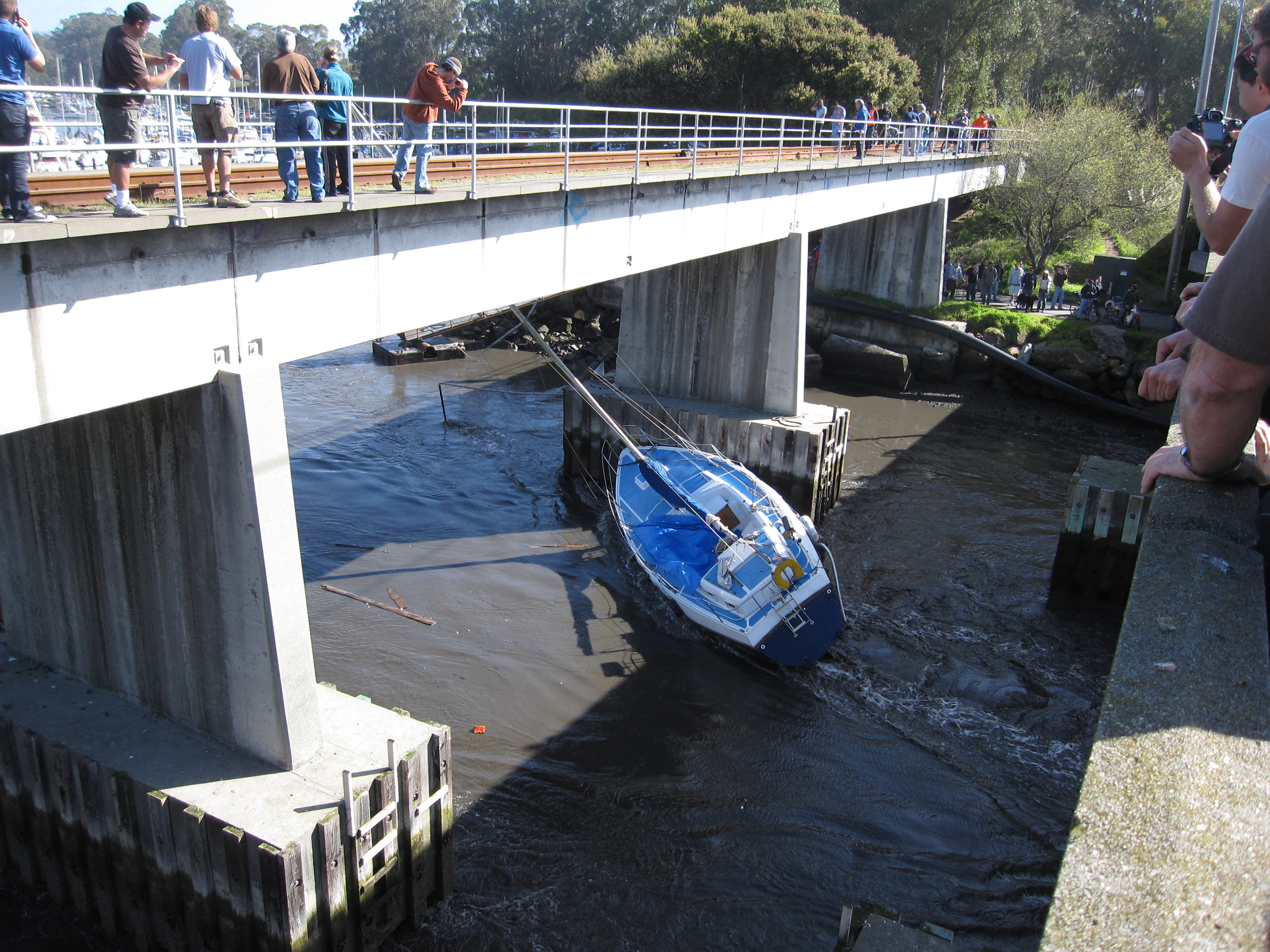 A sailboat gets stuck under the Murray Street bridge over Santa Cruz Harbor in California, after it was washed free of its dock due to the strength of the tsunami wave from Japan. While the tsunami energy that hit the coast of California was relatively low, the wave energy is concentrated in narrow spaces like harbors. The wave was strong enough to knock many boats free from their docked locations.