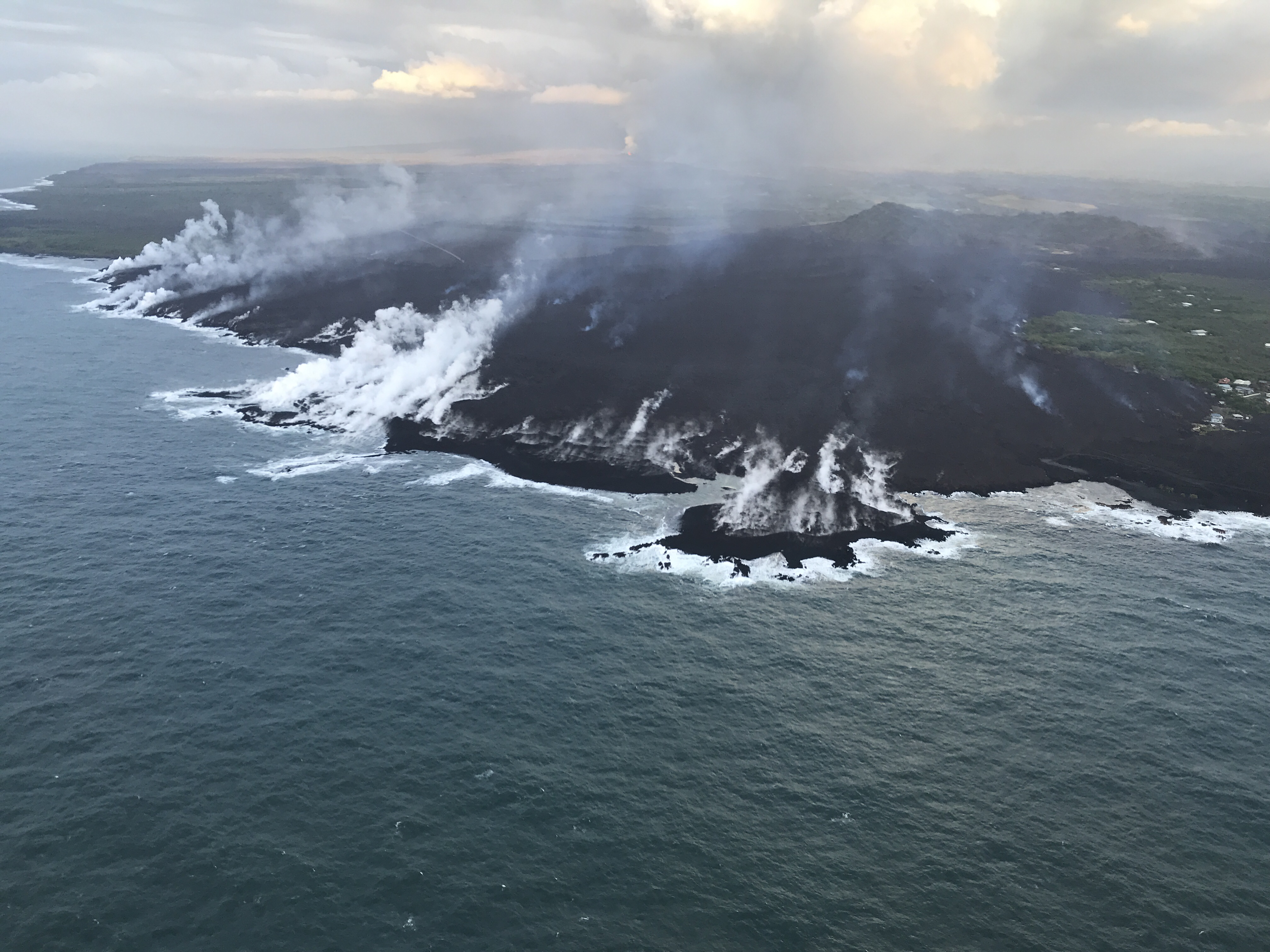 An aerial view of the Kapoho ocean entry, as of 6:30 a.m. HST today, shows the extent of the lava delta, now about 200 acres in size, that has formed over the past six days (lava first entered the ocean on the night of June 3). Across the front of the delta, plumes of laze—created by molten lava interacting with seawater—appeared diminished this morning, but was probably due to a change in atmospheric conditions rather than a change in the amount of fissure 8 lava reaching the ocean. Laze, a mixture of seawater steam, hydrochloric acid, and tiny volcanic glass particles, can irritate eyes, lungs, and skin, and should be avoided.