Karst landscapes are more prone to have land subsidence and sinkholes. 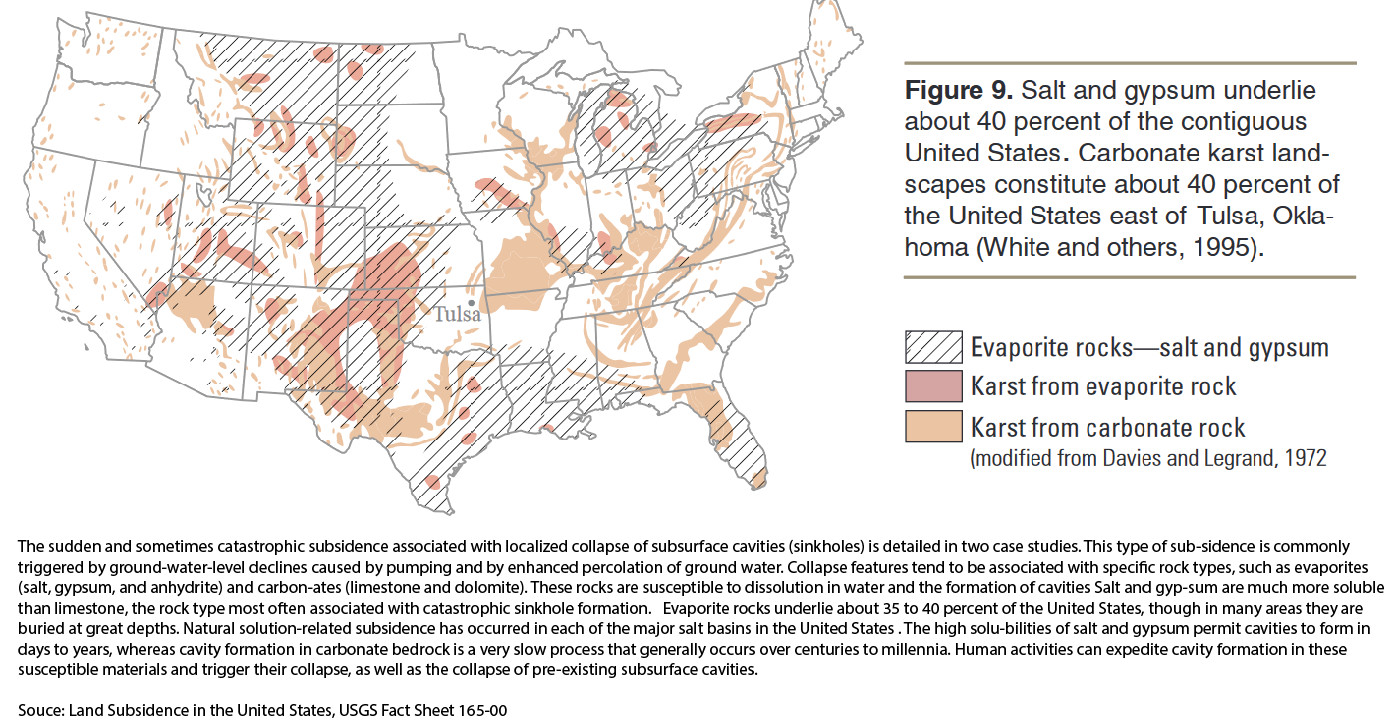 Map of U.S. showing karst areas, which are prone to land subsidence and sinkholes.

The sudden and sometimes catastrophic subsidence associated with localized collapse of subsurface cavities (sinkholes) is detailed in two case studies. This type of sub-sidence is commonly triggered by ground-water-level declines caused by pumping and by enhanced percolation of ground water. Collapse features tend to be associated with specific rock types, such as evaporites (salt, gypsum, and anhydrite) and carbon-ates (limestone and dolomite). These rocks are susceptible to dissolution in water and the formation of cavities Salt and gyp-sum are much more soluble than limestone, the rock type most often associated with catastrophic sinkhole formation.   Evaporite rocks underlie about 35 to 40 percent of the United States, though in many areas they are buried at great depths. Natural solution-related subsidence has occurred in each of the major salt basins in the United States . The high solu-bilities of salt and gypsum permit cavities to form in days to years, whereas cavity formation in carbonate bedrock is a very slow process that generally occurs over centuries to millennia. Human activities can expedite cavity formation in these susceptible materials and trigger their collapse, as well as the collapse of pre-existing subsurface cavities.

Land Subsidence in the United States