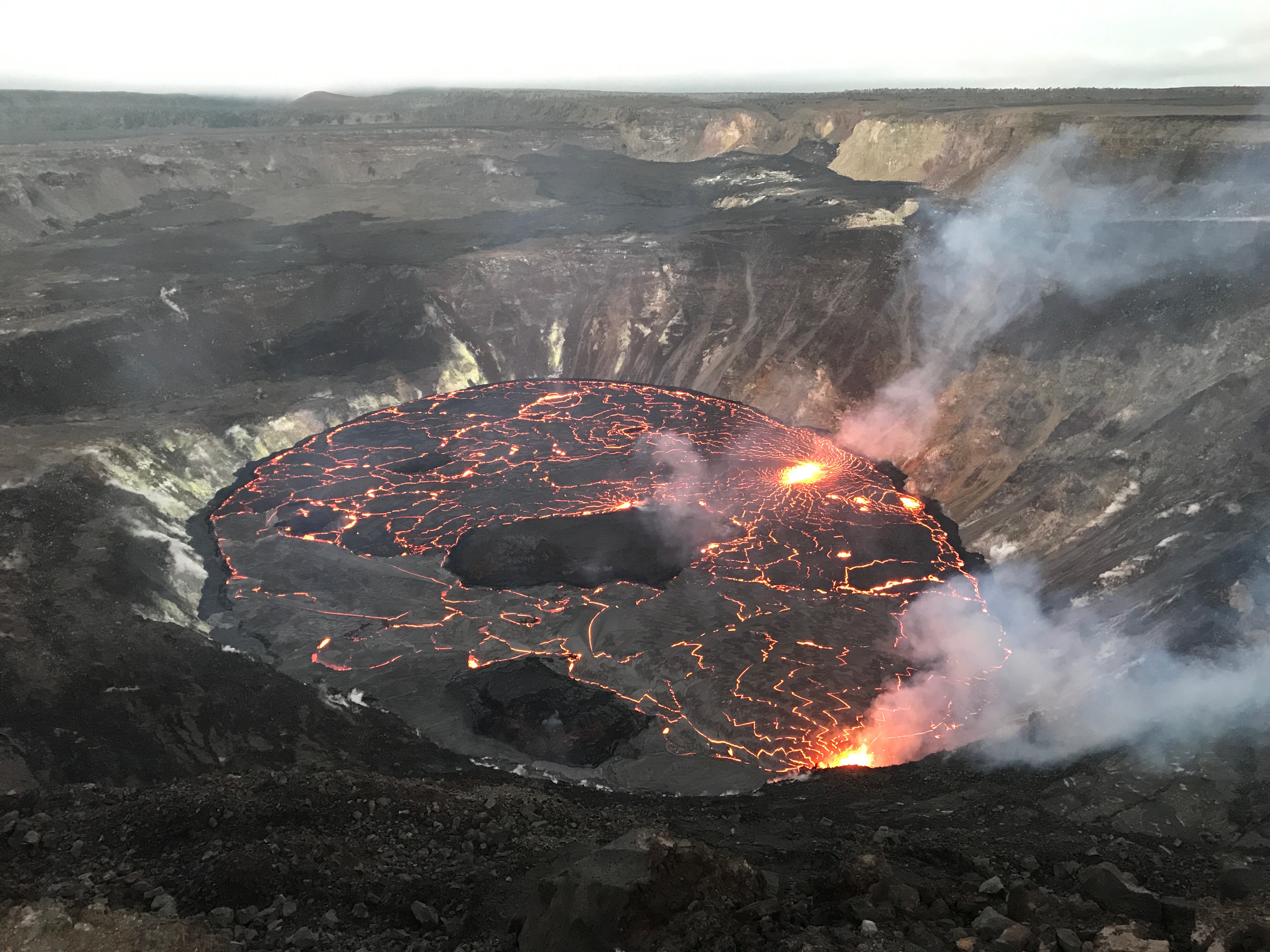 Lava continues to erupt from multiple vents on the base and west wall of Halemaʻumaʻu during the evening of October 2, 2021. Kīlauea summit sulfur dioxide (SO2) emission rates remain high and were estimated at around 20,000 tonnes per day the morning of September 30, 2021. This is significantly lower than the initial emission rates of 85,000 tonnes per day that were measured just after the eruption started on the afternoon of September 29, 2021. The rate of lava lake rise has slowed since the early phase of the eruption. Over the past 24 hours, the lava lake surface has risen approximately 4 meters (4.4 yds). In total, the lava lake surface has risen approximately 24 m (26 yds) since the eruption started. Localized and discontinuous crustal foundering continues (a process by which cool lava crust on the surface of the lava lake is overridden by less-dense liquid from below causing the crust to sink into the underlying lake lava). Seismicity is stable, with few earthquakes and ongoing eruptive tremor. Summit tiltmeters continued to record slowing deflationary tilt through the last 24 hours. USGS photo by L. DeSmither.