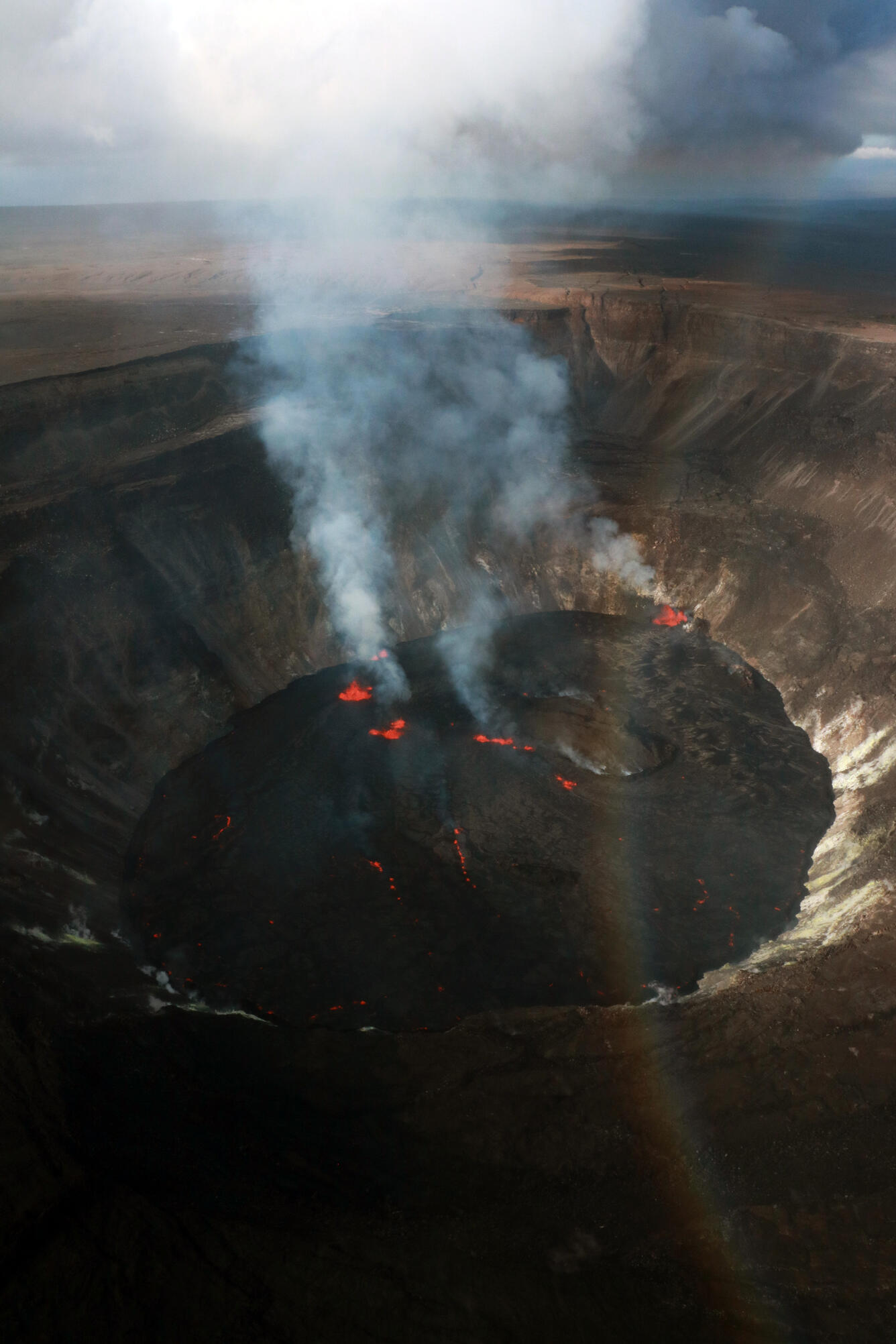 Aerial image of eruption in Halemaʻumaʻu at Kīlauea Volcano's summit taken during an overflight at approximately 7:30 a.m. HST on September 30, 2021. The eruption is generating a vigorous plume of volcanic gas, including sulfur dioxide, being transported downwind. Sulfur dioxide emission rates were estimated at around 85,000 tonnes per day just after the eruption started yesterday afternoon at 3:21 p.m. HST. A rainbow is also visible; rainbows are often observed over Halema‘uma‘u, as mist and rain move across the caldera. USGS image by K. Mulliken.