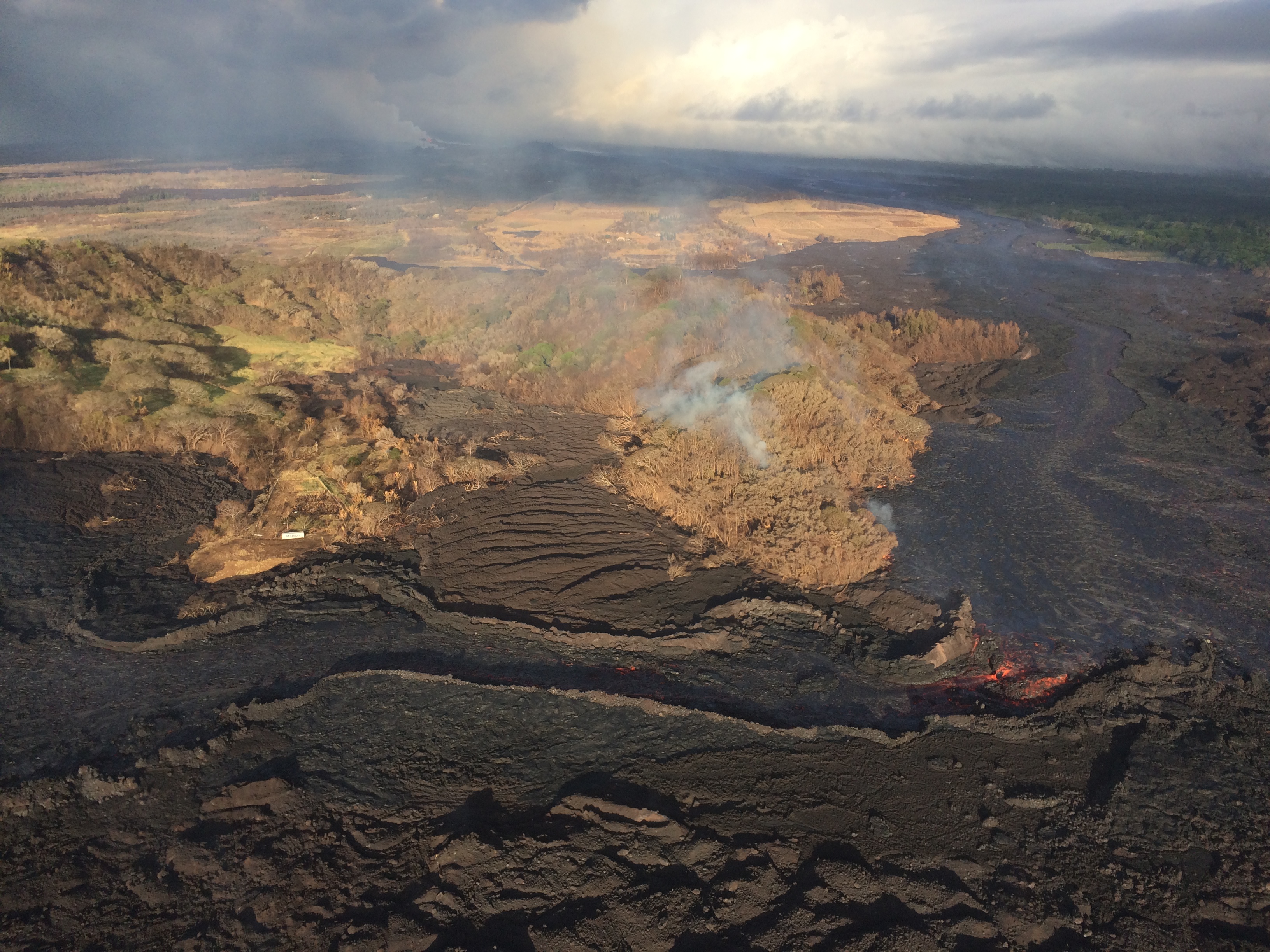 Evolution of a blocked channel, photo 1. A blockage of rafted material within the lava channel causes lava to flow over its banks near the Kapoho cone. In this section of the lava channel a cold lava flow from the 1960 eruption forms a barrier on the north side, which initially directed the channel to the southeast. A constriction in the channel formed at the bend where chunks of cooled rafted lava were able to accumulate and block the flow.