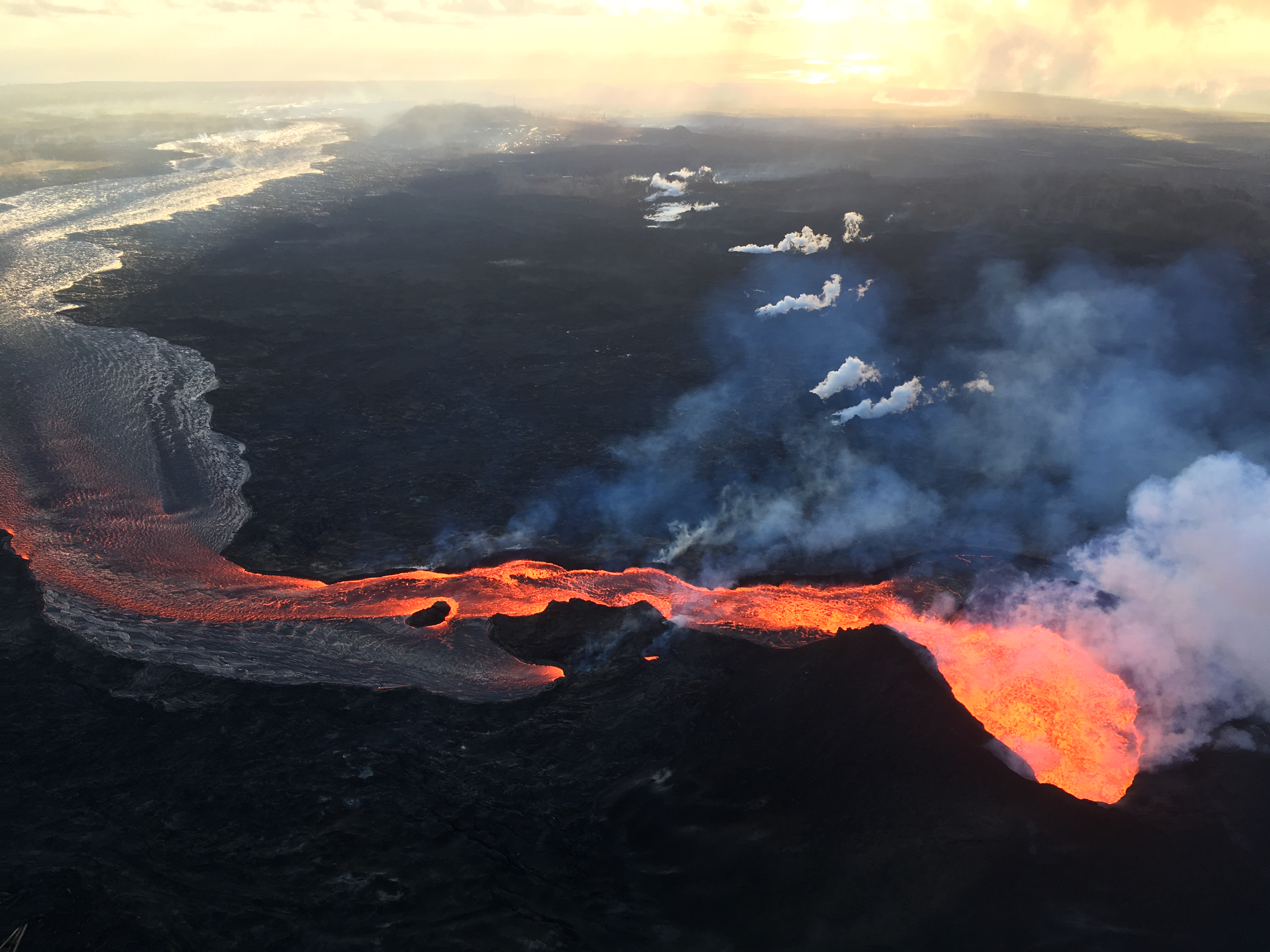 Fissure 8 (lower right) and open lava channel leading to the northeast. Geologists noted small lava-level fluctuations in the open channel overnight, which indicates intermittent variations in lava discharge from fissure 8. An increase in lava levels was noted about 1.5 hours after the collapse-explosion event at the volcano's summit at 02:55 a.m. HST. Evidence of a couple of recent, short-lived channel overflows were observed early this morning, but they had not reached the edge of the flow field. The small steam plumes in distance mark locations of fissures that erupted in early May at the beginning of the ongoing eruption.