The lava lake was spattering in two places along its SE edge at the... 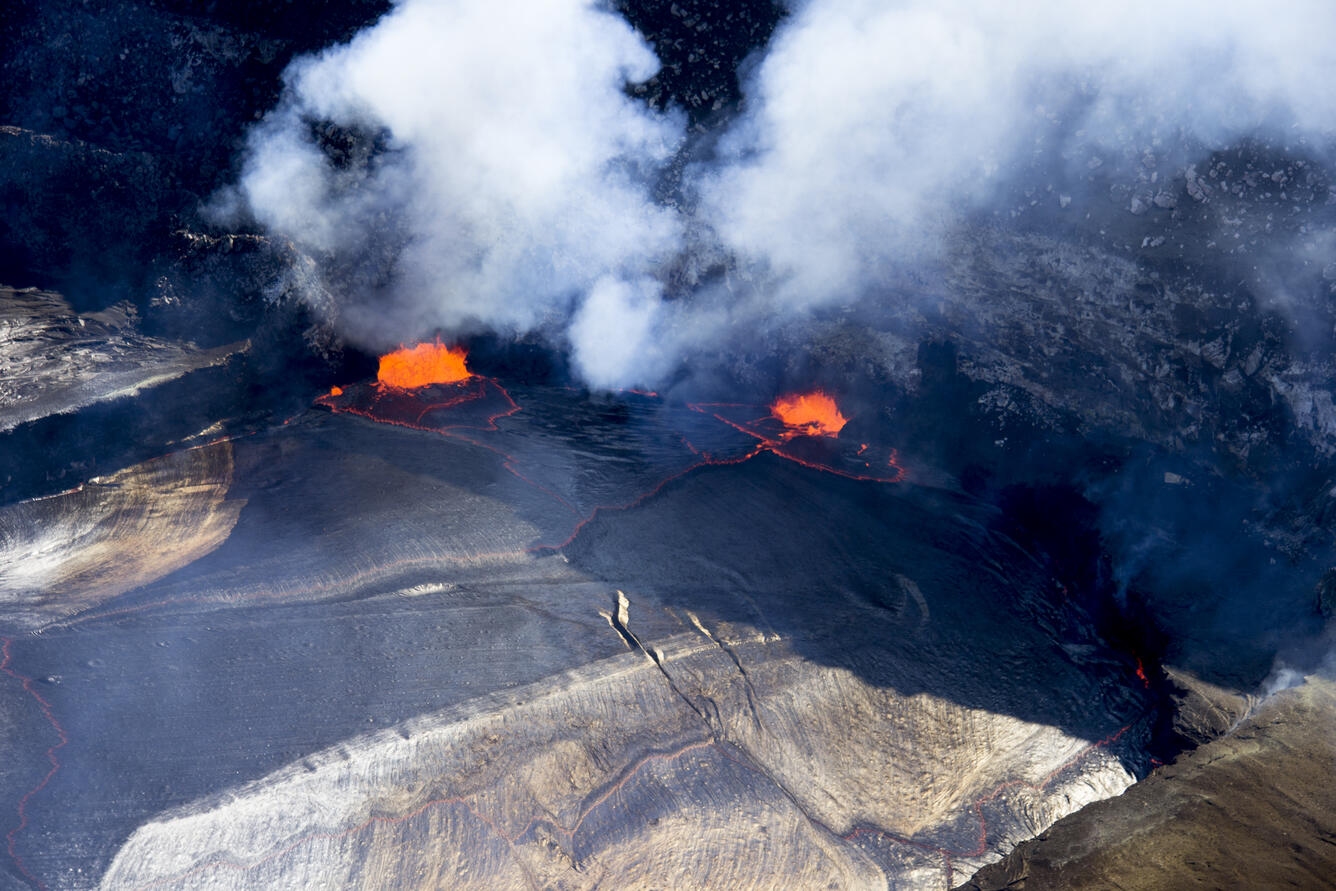 The lava lake was spattering in two places along its southeast edge at the time this photo was taken. Lava wells up into the lake nears its northern edge, which is out of sight to the left, and generally flows to the south where it sinks back down along the margin of the lake. The lake surface crusts over quickly as it cools, forming dark, flexible crustal plates separated by spreading zones that reveal molten lava.