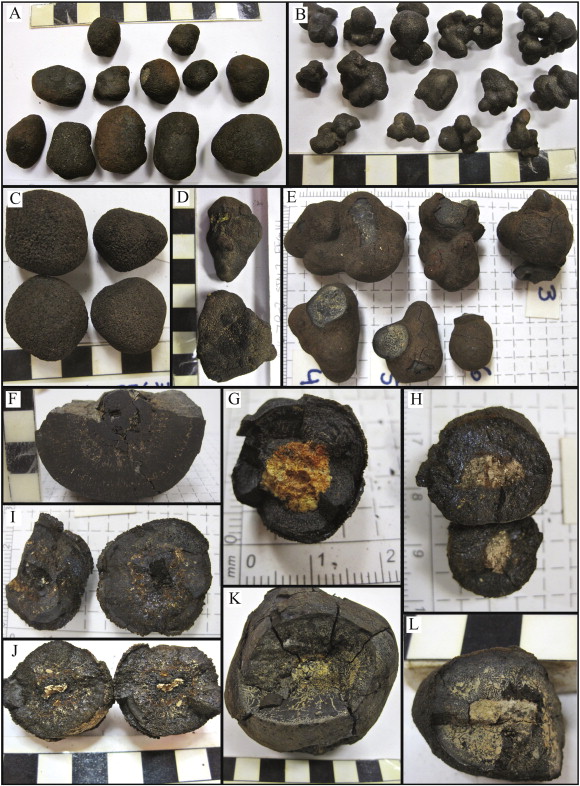 See a photograph of a bed of manganese nodules from deep offshore of the Cook Islands.