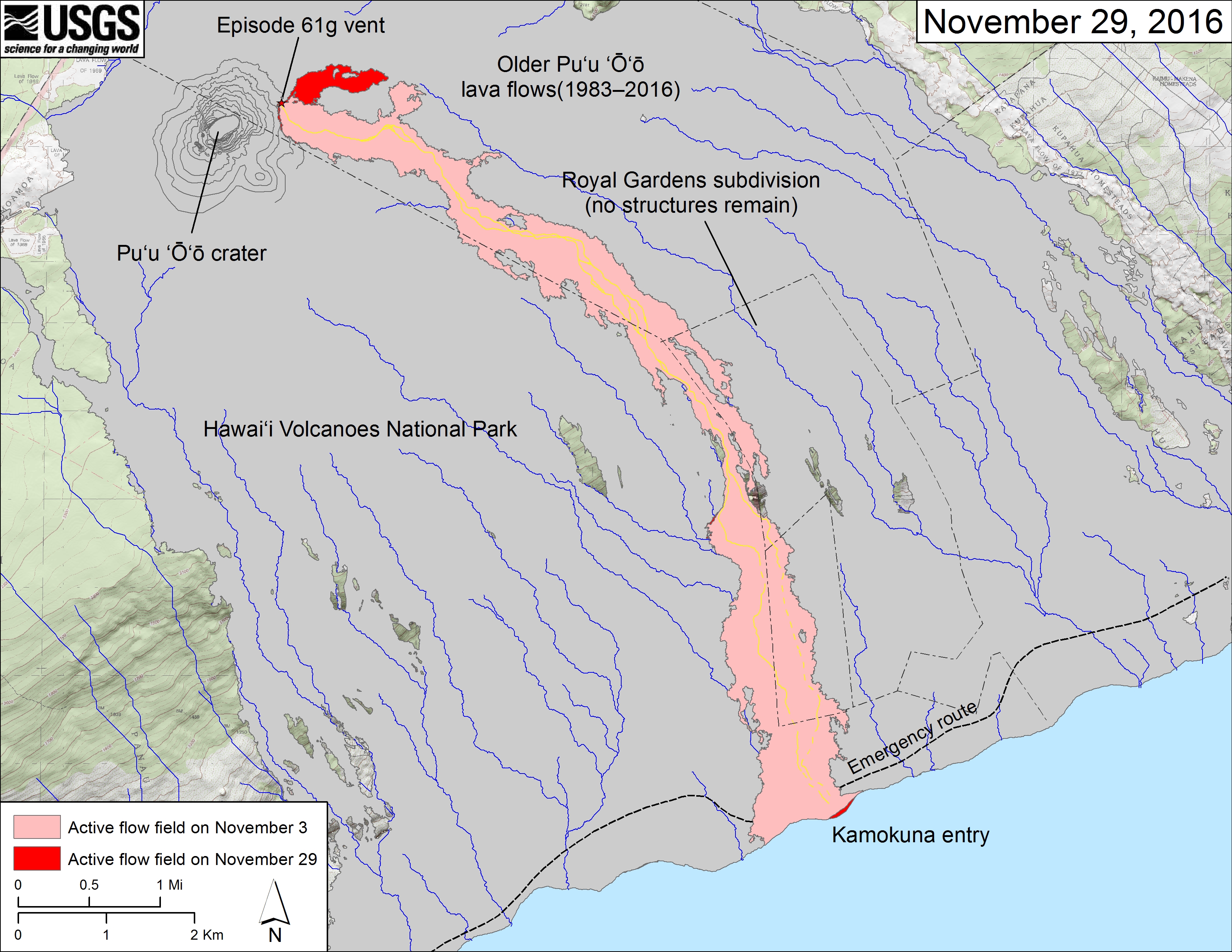 This map shows recent changes to Kīlauea's East Rift Zone lava flow field. The area of the active flow field as of November 3 is shown in pink, while widening and advancement of the active flow as of November 29 is shown in red. The new flow branch east of Pu‘u ‘Ō‘ō started from a breakout at the episode 61g vent on November 21. Older Pu‘u ‘Ō‘ō lava flows (1983-2016) are shown in gray. The yellow lines (dashed where uncertain) show the mapped trace of lava tubes as determined from aerial thermal imaging and ground mapping.