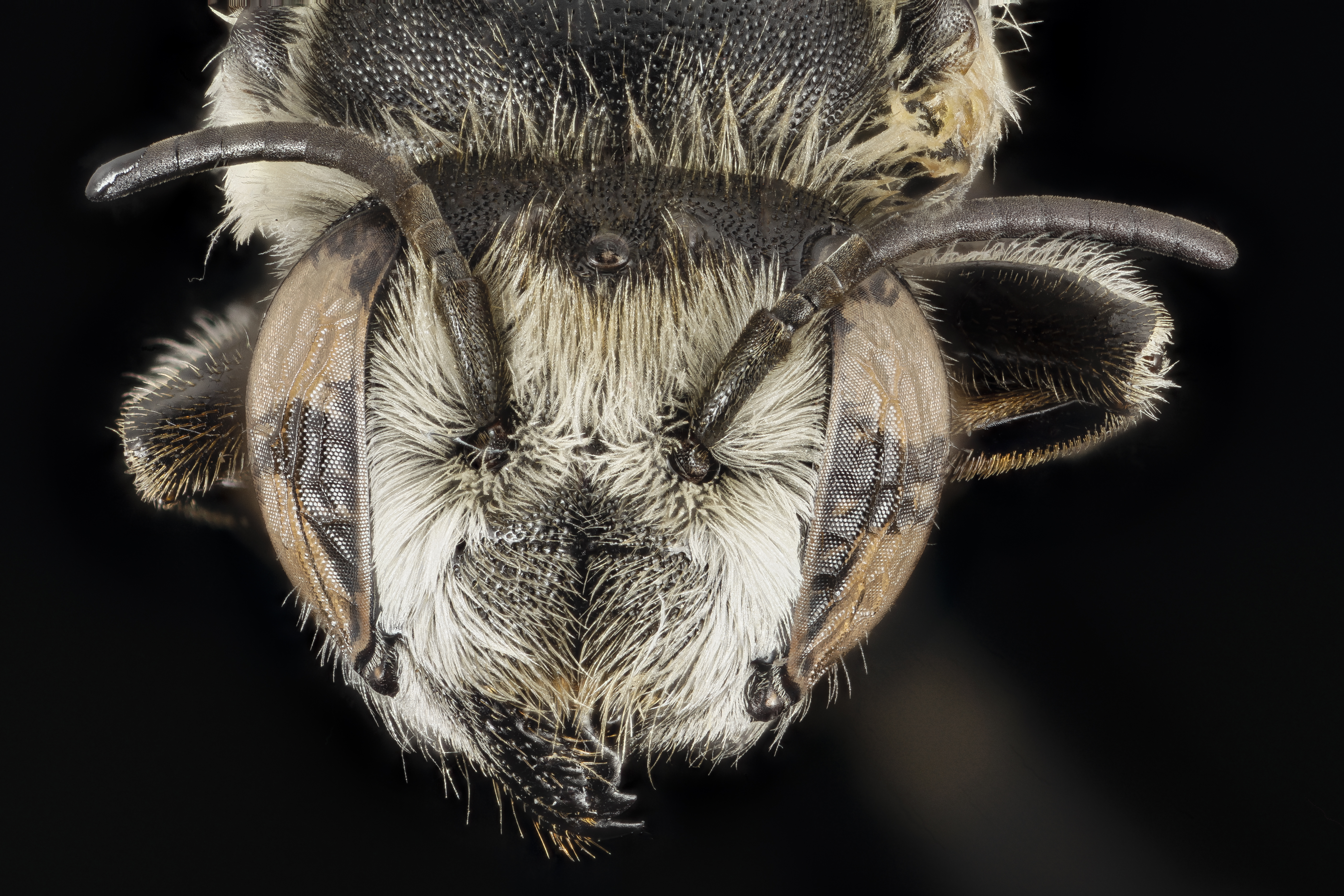 Hawaii was colonized once by a single species of Masked Bee (Hylaeus), and evolved and split into dozens of species. Subsequent to Polynesian and European colonization a steady progression of non-native plants and bees have invaded. One of those is Megachile chlorura, which originates in the Philipines and may have come over in cargo, though its exact transport is unknown. Now found on several of the islands I found this one on Maui several years ago. Photography Information: Canon Mark II 5D, Zerene Stacker, Stackshot Sled, 65mm Canon MP-E 1-5X macro lens, Twin Macro Flash in Styrofoam Cooler, F5.0, ISO 100, Shutter Speed 200. USGSBIML Photoshopping Technique: Note that we now have added using the burn tool at 50% opacity set to shadows to clean up the halos that bleed into the black background from "hot" color sections of the picture.