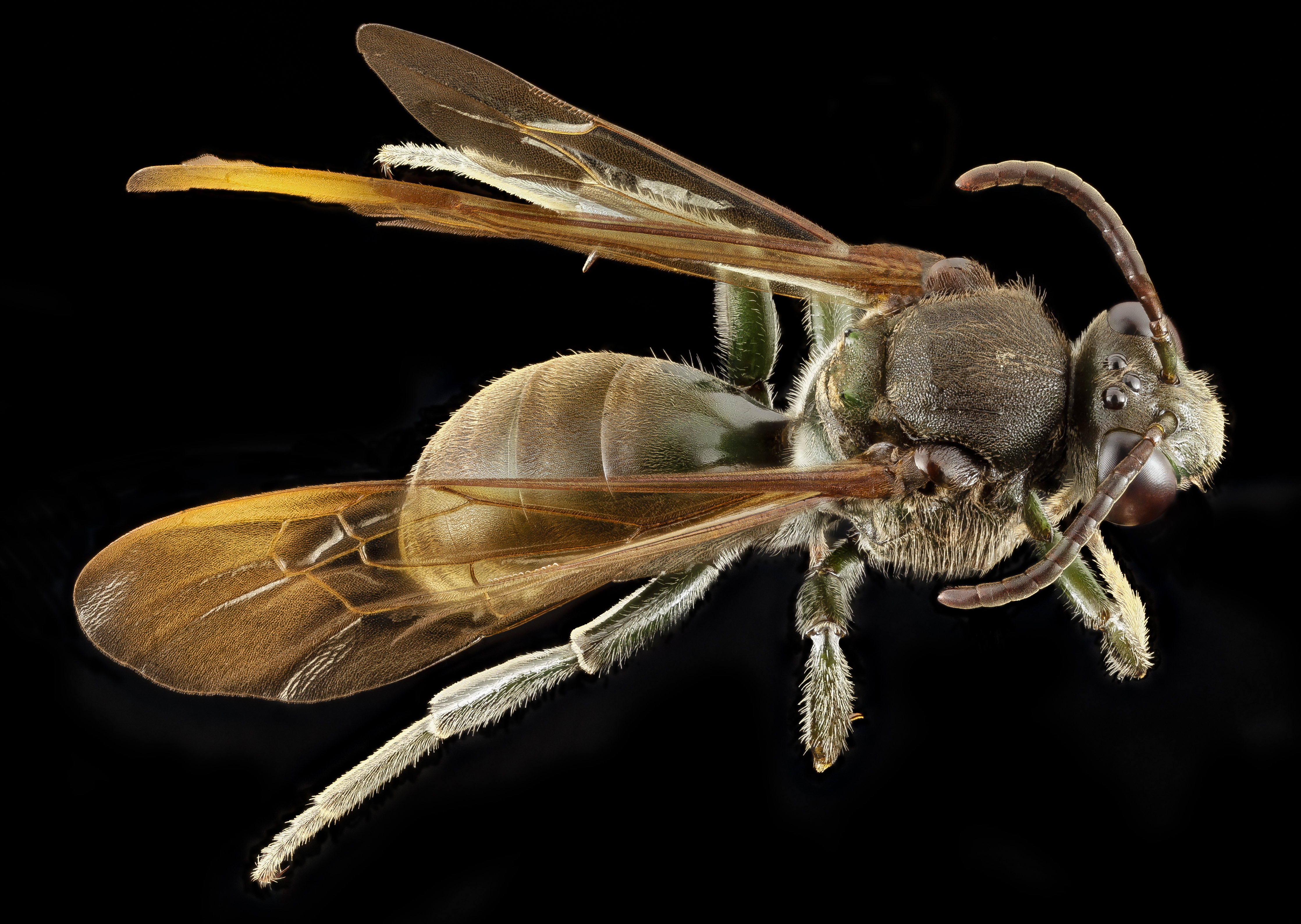 Melanempis scoliiformis, Bottle Green Madagascan Cuckoo, specimen collected in MadagascarAlmost all of the bees native to the large and geographically isolated island of Madagascar are endemic (as are most of the flora and the rest of the fauna for that matter), occurring only on that Island and not on the mainland of Africa. One of several endemic bee genera of Madagascar, Melanempis consists of 5 described species all of which are cuckoo bees. The Bottle Green Madagascan Cuckoo is the largest of the lot and very unusual among the bees in being green but not metallic. All other bees with a green exoskeleton in this book (for example xxx) are a metallic green, with the color derived in a similar way to that obtained with a prism. The present example has a green color to the exoskeleton that is based on pigment. Oddly enough, similar dark green cuticle is found in a range of wasps but only on Madagascar. We know of no reason for this added oddity on the Island. Photography Information: Canon Mark II 5D, Zerene Stacker, Stackshot Sled, 65mm Canon MP-E 1-5X macro lens, Twin Macro Flash in Styrofoam Cooler, F5.0, ISO 100, Shutter Speed 200. USGSBIML Photoshopping Technique: Note that we now have added using the burn tool at 50% opacity set to shadows to clean up the halos that bleed into the black background from "hot" color sections of the picture.