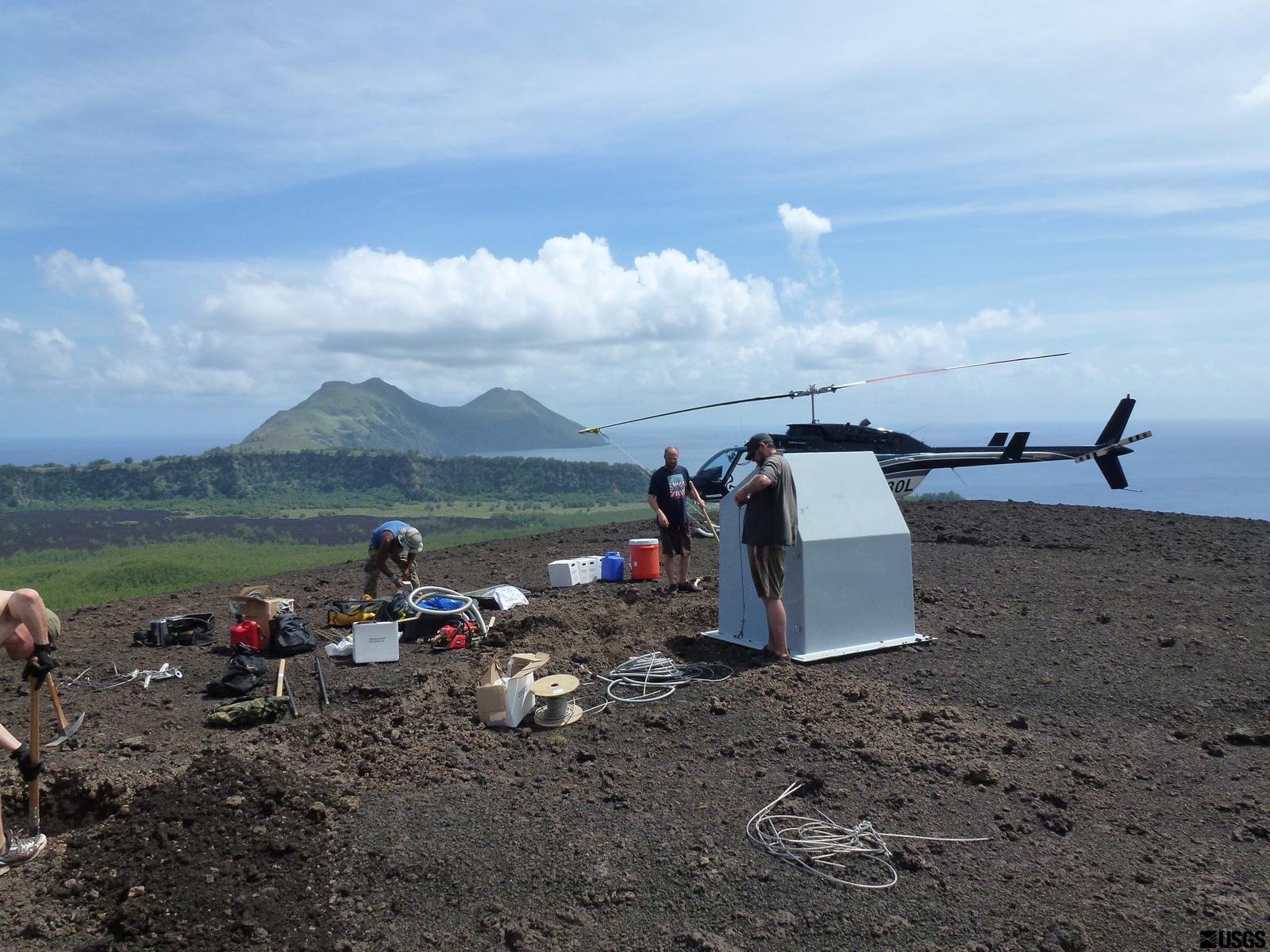 Pagan Volcano is the largest and one of the most active volcanoes in the Northern Mariana Islands. Prior to 2013, the volcano was not monitored with any ground-based instruments, so activity was observed only by satellite or by the few island inhabitants. Although geographically remote, eruptions from Pagan can threaten international air traffic. A collaborative effort by the USGS, the US Army Corps of Engineers, and Southern Methodist University installed seismic network, infrasound equipment and webcams to monitor activity and provide the necessary warnings.