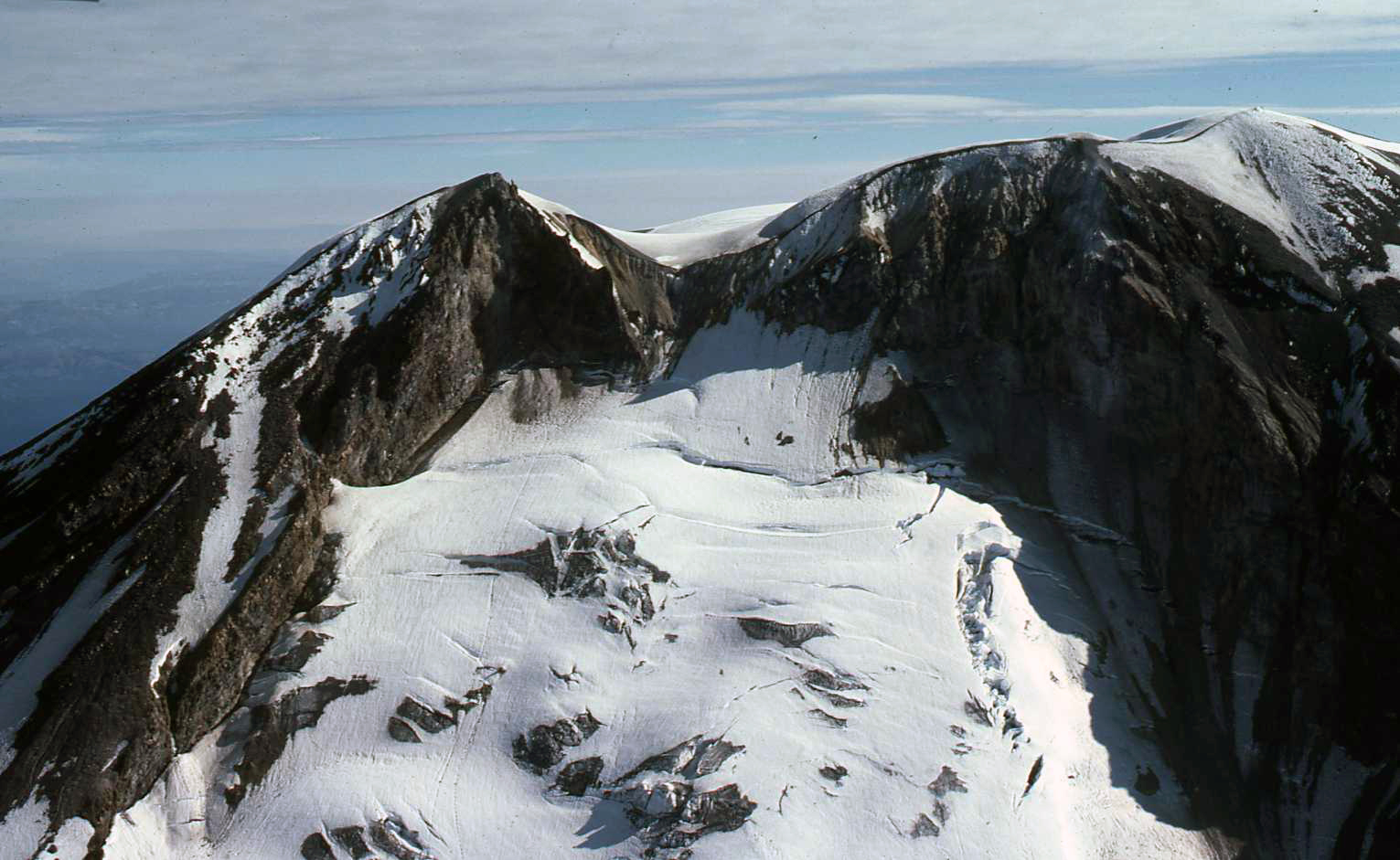 The glacier headwalls, especially the one to the right, are hydrothermally altered. The notch formed by the headwalls is the source of avalanche-induced lahars that descended the White Salmon River drainage to the SSW of the volcano 300 and 6000 years ago. The notch primarily formed owing to these two avalanches rather than owing to glacial erosion. The headwall to the right is also the source of a large rock and ice avalanche in 1921.