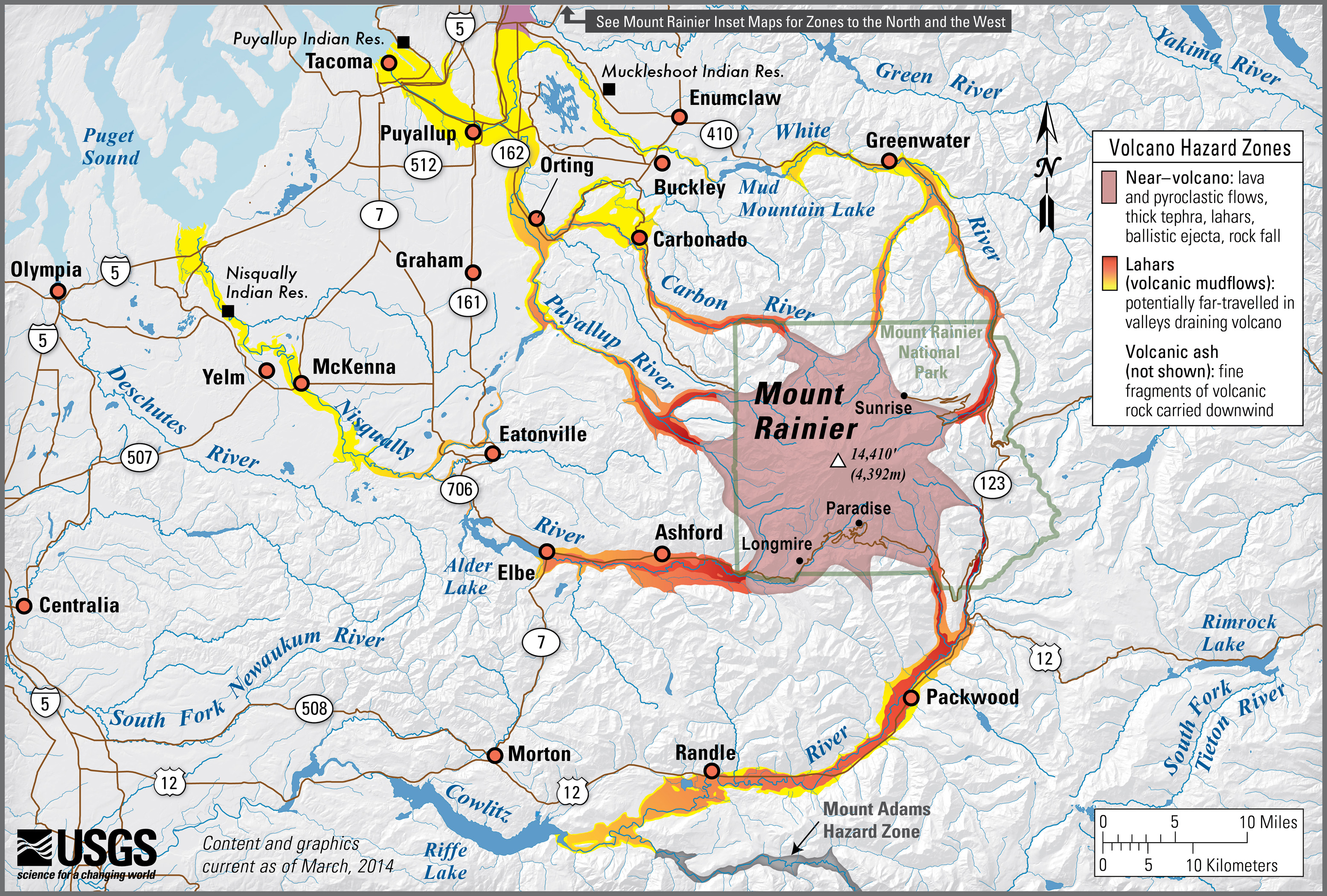 This map shows areas that could be affected by debris flows, lahars, lava flows, and pyroclastic flows from Mount Rainier if events similar in size to past events occurred today. Because small lahars are more common than large ones, most lahars would be less extensive than the hazard zone shown on the map and a few would be more extensive. The lahar hazard is not equal in all valleys. For example, the greatest hazard from lahars generated by landslides is on the west side of the volcano because it contains the largest amount of hydrothermally weakened rock. Scientists continue to reevaluate the hazard zones as they learn more about the volcano. Dams and reservoirs on several rivers could lessen the extent of future lahars by trapping all or much of the flow, but they could also increase a lahar's extent if a lahar displaced reservoir water and caused dams to fail. A zone of flooding and post-lahar sedimentation is shown only in the Green and Duwamish River valleys, because in other valleys it is included in the lahar hazard zone. Dark gray shading indicates urbanized areas.