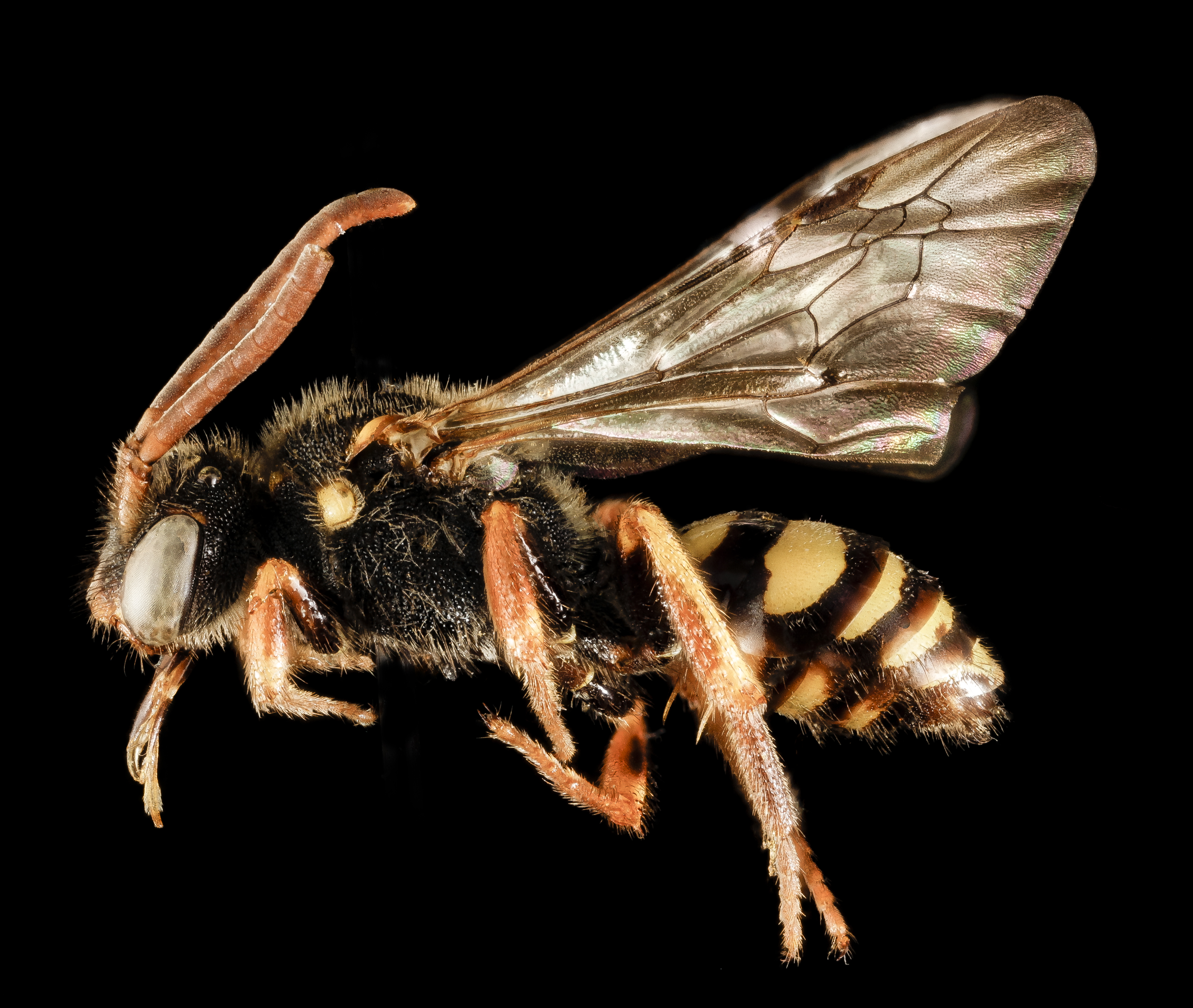 Ah, here is a good story, this is a shot of a female Nomada found at the museum of Comparative Zoology at Harvard. I have visited their museum many times, but only this last time did I find a synoptic collection of bees from New England that was separate from the rest of their large, lovely, and old collection of bees. In a little tray labeled "Nomada festiva" were two specimens, both females collected from northern New Jersey near Great Swamp NWR. No date, but the collector was the long-lived and productive past curator of invertebrates at the MCZ, Joseph Bequeart. So that means they could have been collected somewhere between the 20s and the 50's. N. festiva is an extremely rare species, only a few specimens. When I looked at the specimens I realized that while I was very familiar with the genus I had not recalled seeing anything like these. Long story short, they don't match the descriptions of N. festiva and they don't match any of the other possible candidate species. So, in a couple of weeks I will be traveling to Philadelphia Academy of Sciences to look at the type of N. festiva and N. sphaerogaster (vaguely keys to this one...also super rare and also unlikely to be this species). So it stands that these actually might be new species of Nomada and perhaps they are still around waiting to be rediscovered...this happens regularly because so few people actually bother to collect and preserve insect specimens any longer....so, get going will you? More pictures to come...but this is a start. Note, we have determined that this species is actually N. sphaerogaster...cool discovery. Photography Information: Canon Mark II 5D, Zerene Stacker, Stackshot Sled, 65mm Canon MP-E 1-5X macro lens, Twin Macro Flash in Styrofoam Cooler, F5.0, ISO 100, Shutter Speed 200 USGSBIML Photoshopping Technique: Note that we now have added using the burn tool at 50% opacity set to shadows to clean up the halos that bleed into the black background from "hot" color sections of the picture.