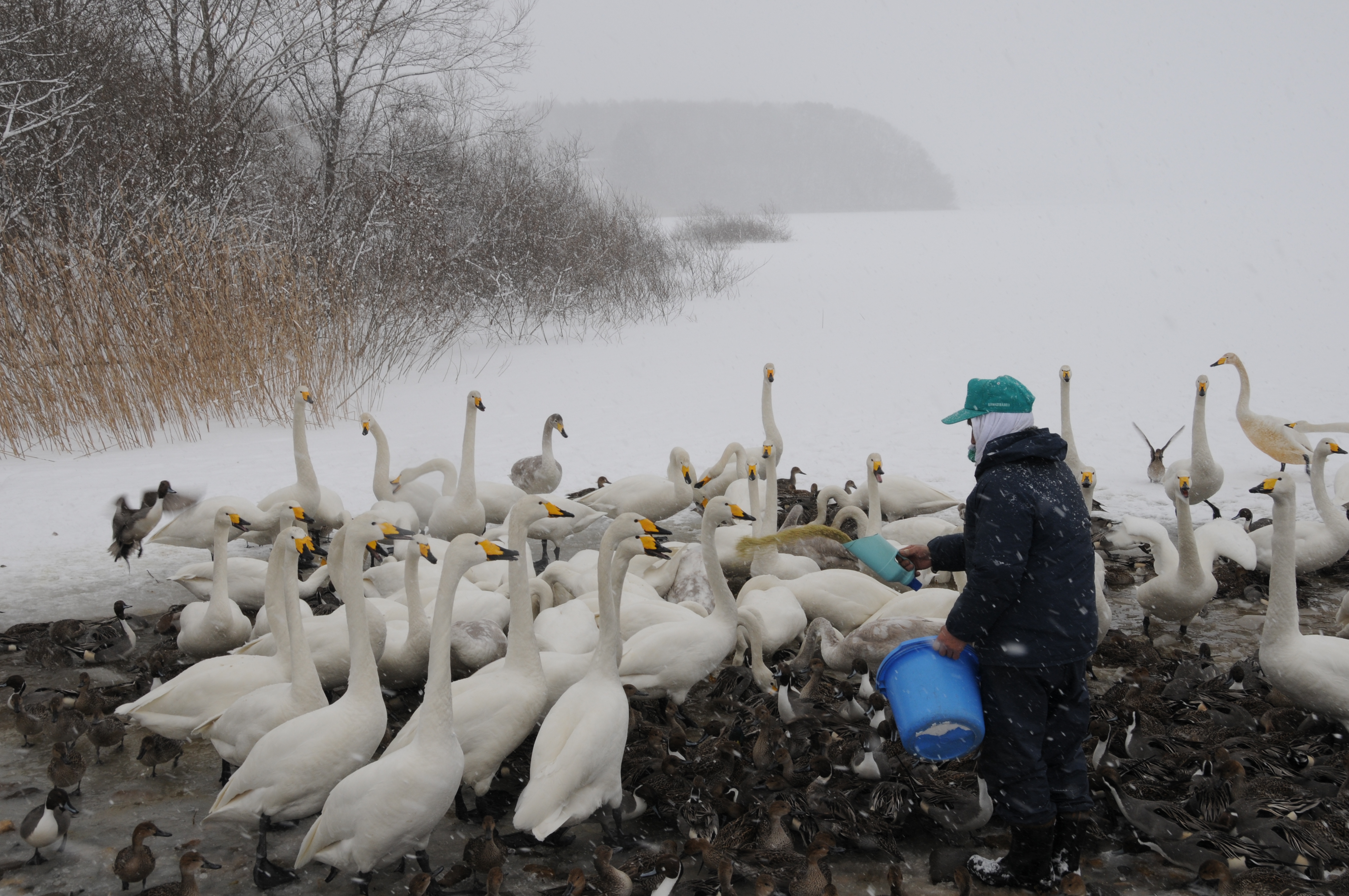 A resident of Iwate Prefecture feeds a wintering flock of northern pintail ducks and whooper swans in Northern Honshu, Japan. In spring of 2008, both of these species occurred on wetlands in Japan where the highly pathogenic H5N1 strain of avian influenza was detected and several swans died from exposure to the virus.