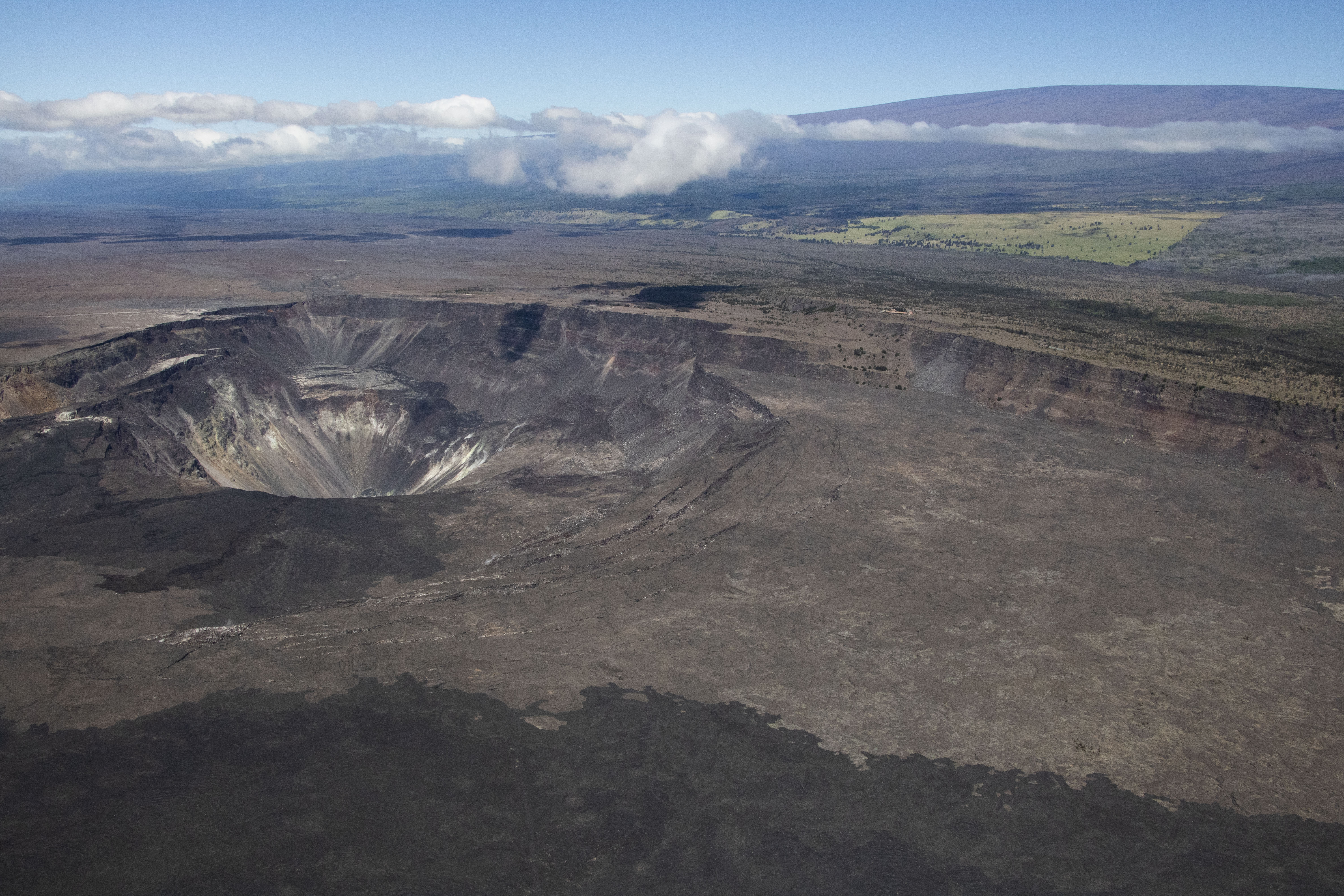 No significant changes were observed at Kīlauea's summit today, during a routine overflight by Hawaiian Volcano Observatory geologists. Nice weather allowed for clear views of Kīlauea Caldera and this photo, looking west, shows the collapse area that formed during 2018, as well as the summit of Mauna Loa in the background. Lava flows that erupted in 1971 and 1974 (darker colored relative to other lava flows on Kīlauea Caldera floor) border the foreground in this image.