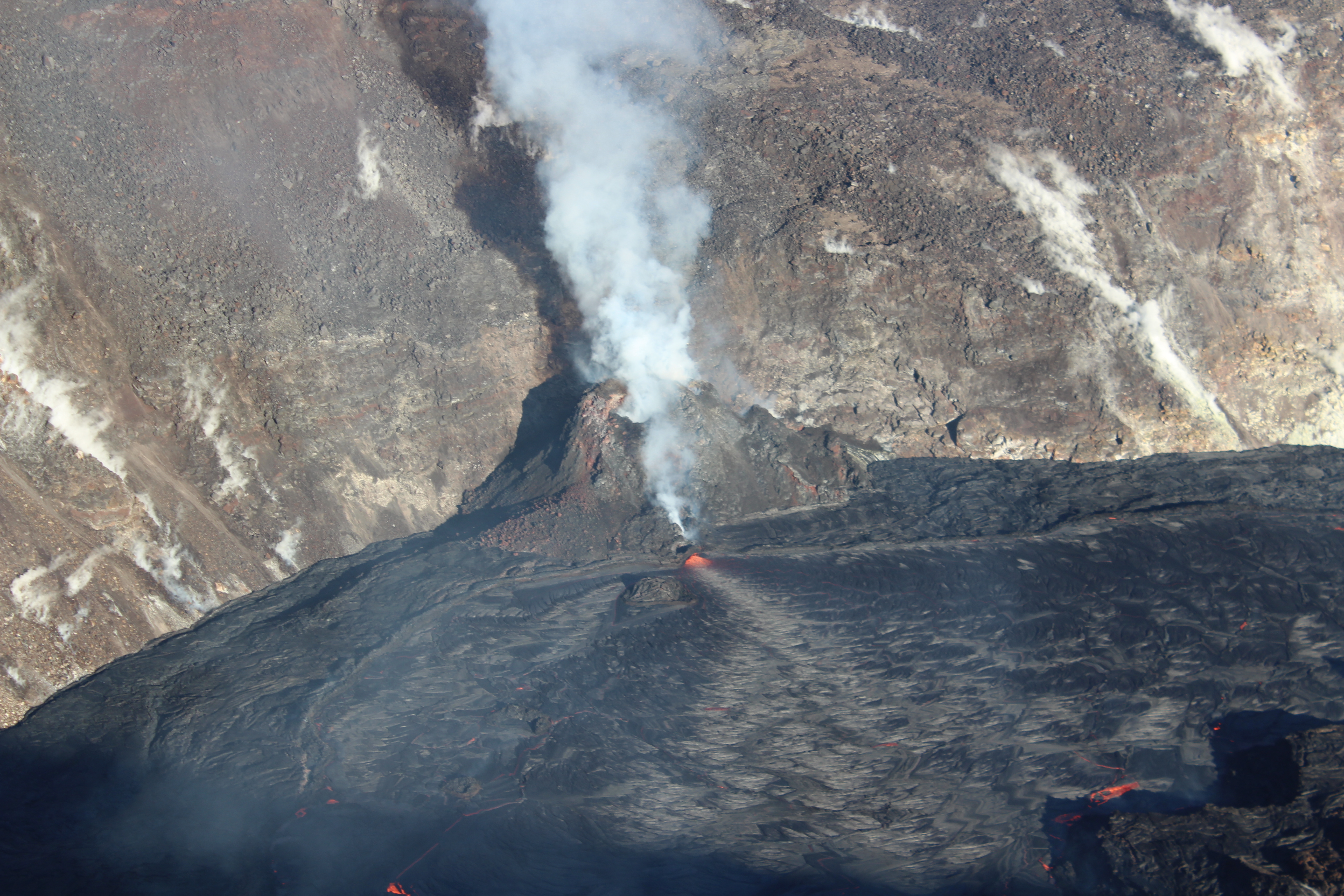 This photo of the erupting western fissure in Halema‘uma‘u at the summit of Kīlauea was captured during a helicopter overflight on the morning of Tuesday, February 16. The degassing cone was not visibly spattering during the overflight, but the lava inlet near the base of the cone is evidence of continued effusion into the lava lake. USGS photo taken by M. Zoeller.