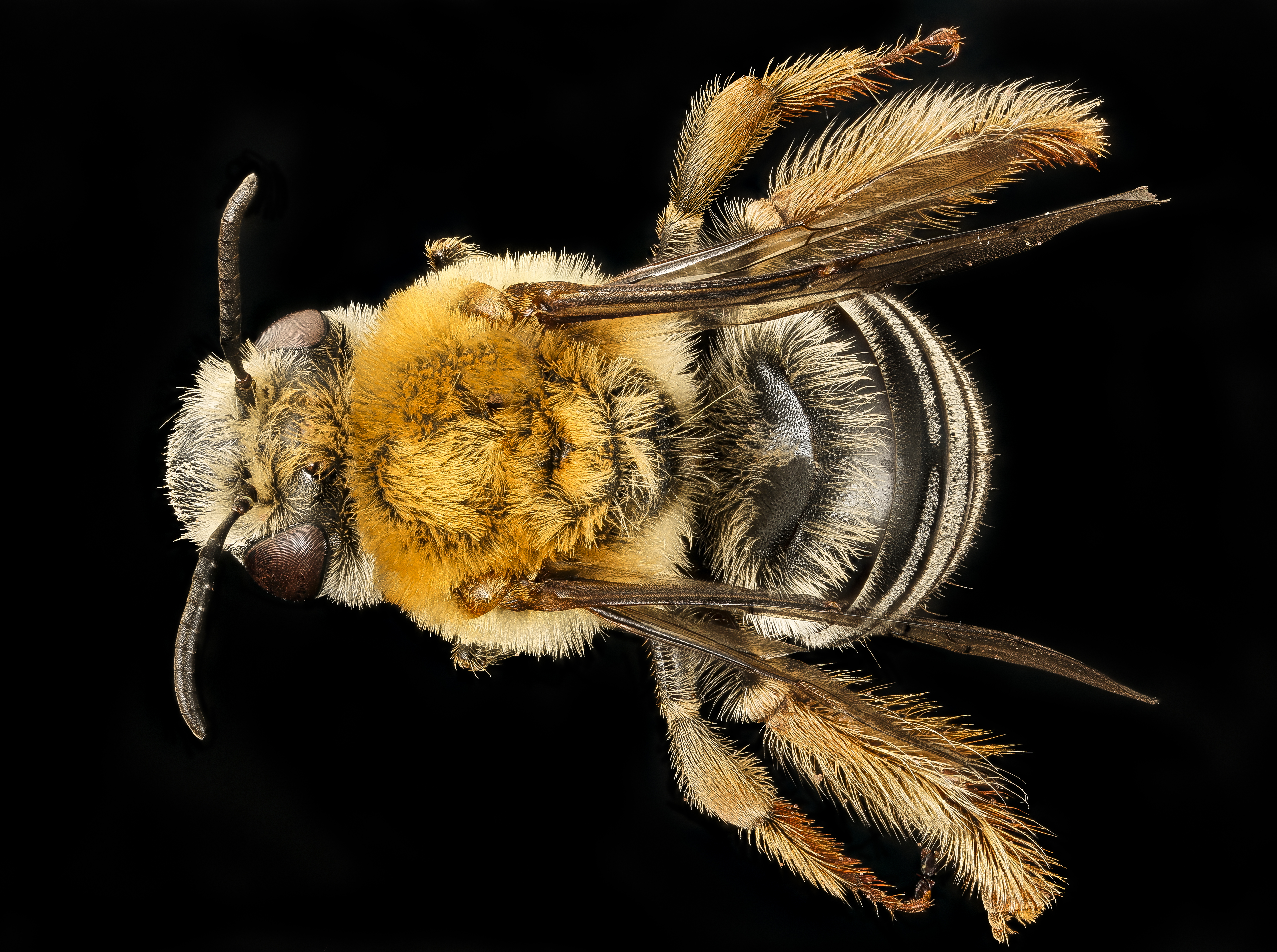 Laura Russo collected these lovely squash bees (Peponapis pruinosa) near State College, Pennsylvania. Aptly named, this bee only feeds its young on the pollen of Cucurbita (pumpkins, squash, gourds and the like). This genus is native to the hemisphere....peaking in numbers in the Mexican highlands, but do not occur naturally in Pennsylvania (too cold). However because we keep planting pumpkins and squash each year, our squash bee friends are sustained, probably since Indians brought them into the area. Which is a good thing since they are very effective pollinators given that they are out at dawn (when almost no other bees are out) and active until squash plants close their blooms around 9 a.m. They are tight like ticks with Curcubits. Photography Information: Canon Mark II 5D, Zerene Stacker, Stackshot Sled, 65mm Canon MP-E 1-5X macro lens, Twin Macro Flash in Styrofoam Cooler, F5.0, ISO 100, Shutter Speed 200 USGSBIML Photoshopping Technique: Note that we now have added using the burn tool at 50% opacity set to shadows to clean up the halos that bleed into the black background from "hot" color sections of the picture.