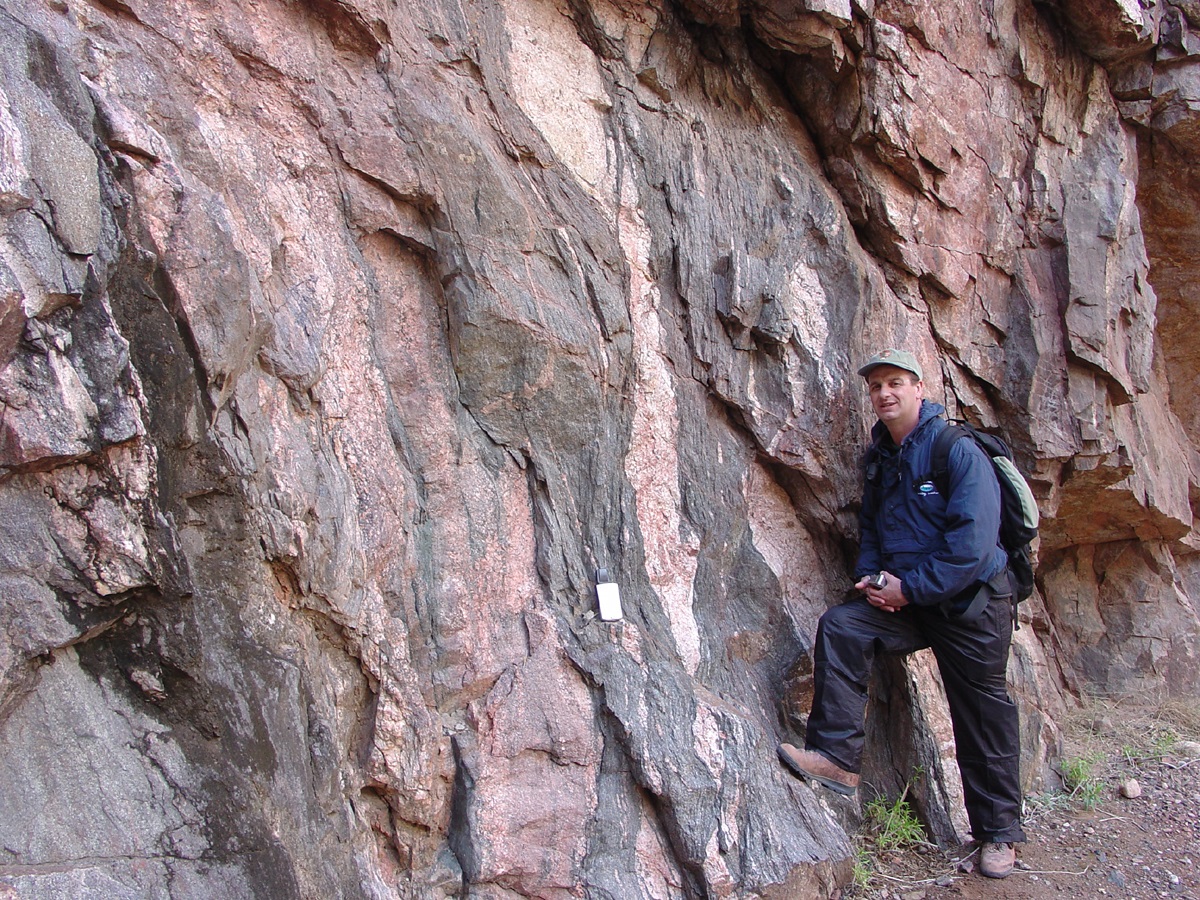 In this outcrop of Vishnu Basement Rocks along the North Kaibab Trail near Phantom Ranch, originally continuous, competent layers between less competent layers have been stretched, thinned, and broken into bodies resembling boudins (French for sausages). The dark rock is biotite schist; the pink, more competent rock is granitic. Vishnu Basement Rocks include units mapped as Brahma Schist, Rama Schist, and Zoroaster Granite. These ancient rocks have been interpreted as an island-arc assemblage of rocks that were accreted onto the ancient Laurentian continent landmass between 1,750 to 1,663 million years ago (Ilg and others, 1996). The National Park Service geologist examining the outcrop provides the scale.