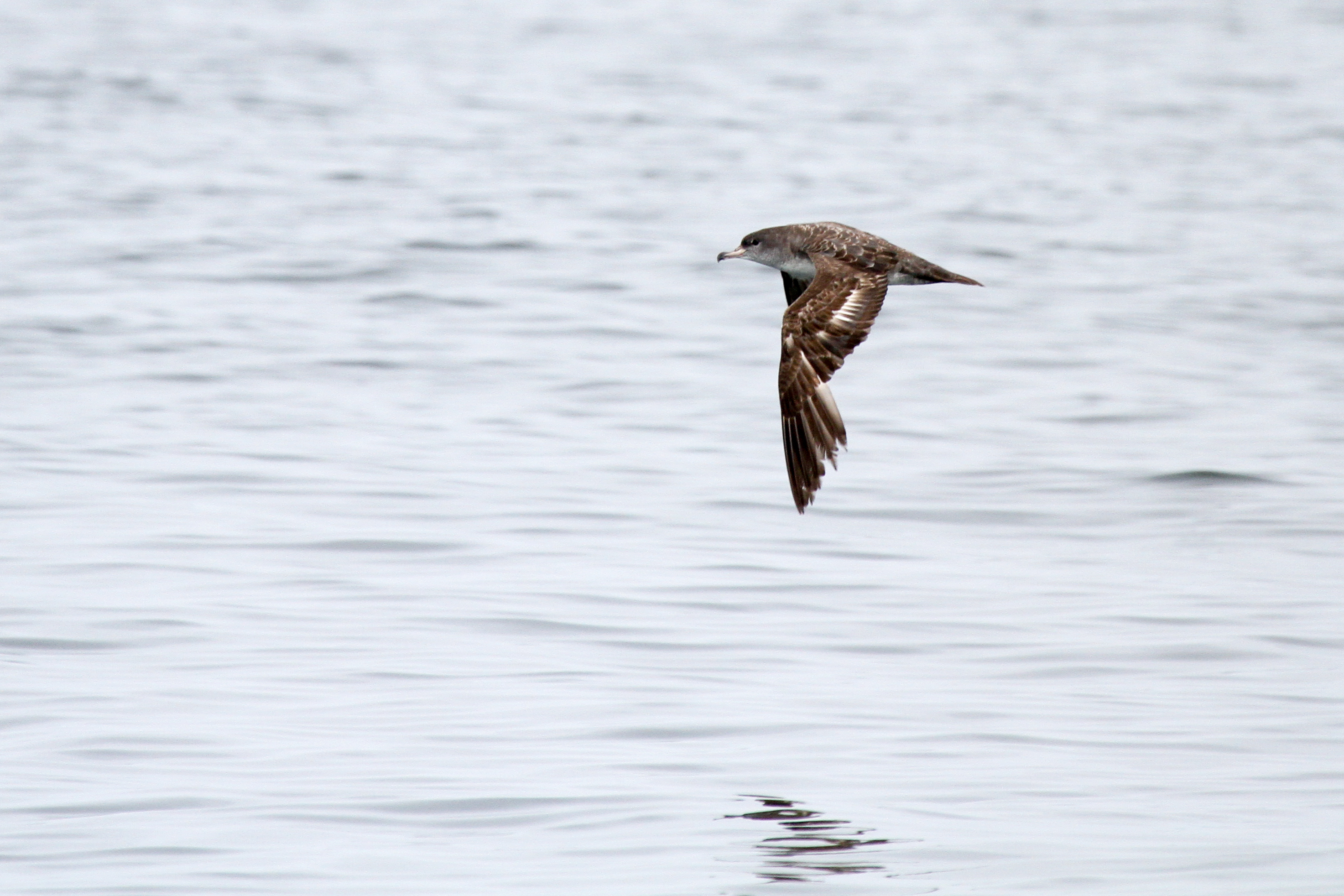 A pink-footed shearwater in flight.