Pink-footed shearwater at its breeding colony in Chile 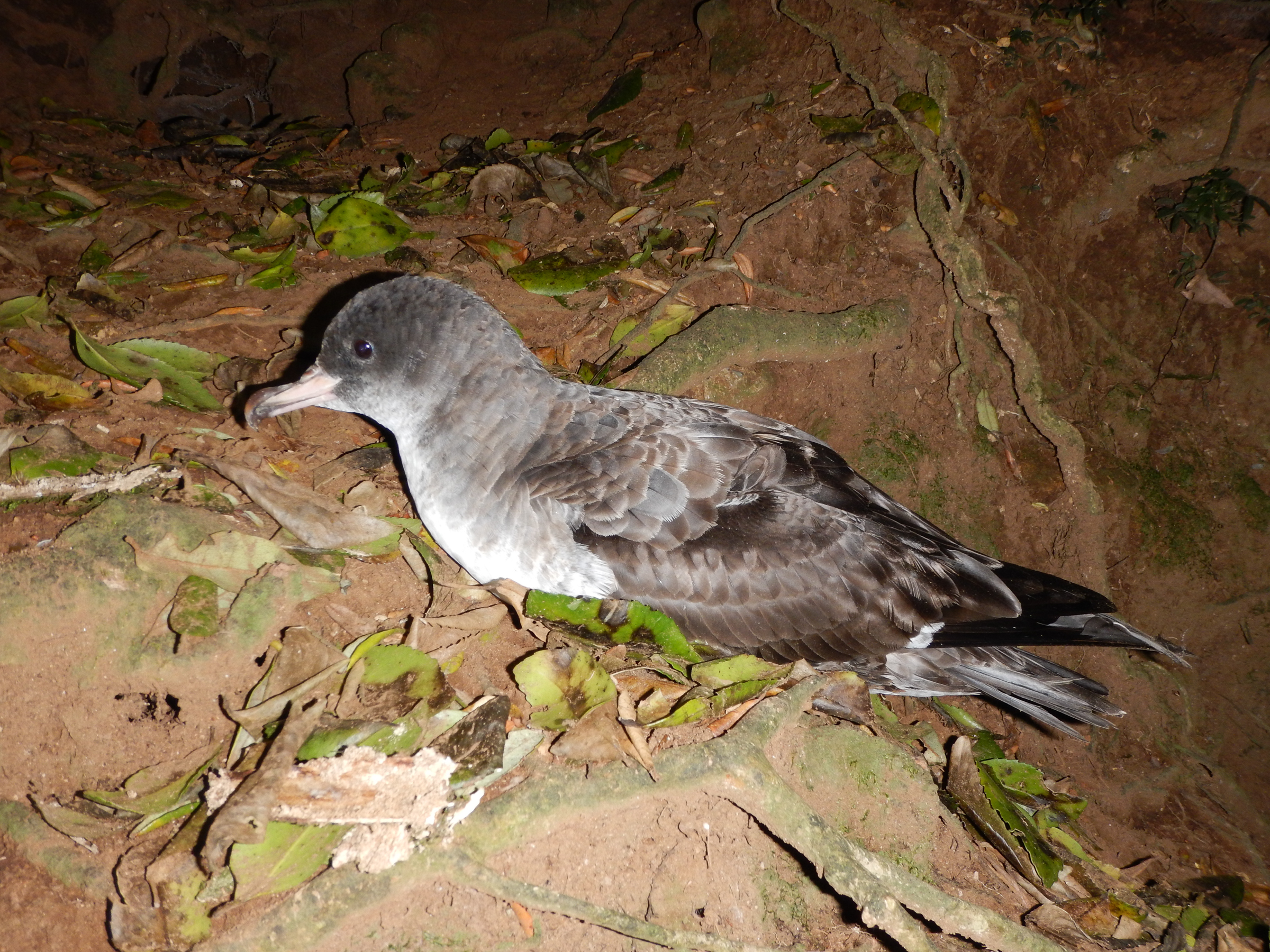