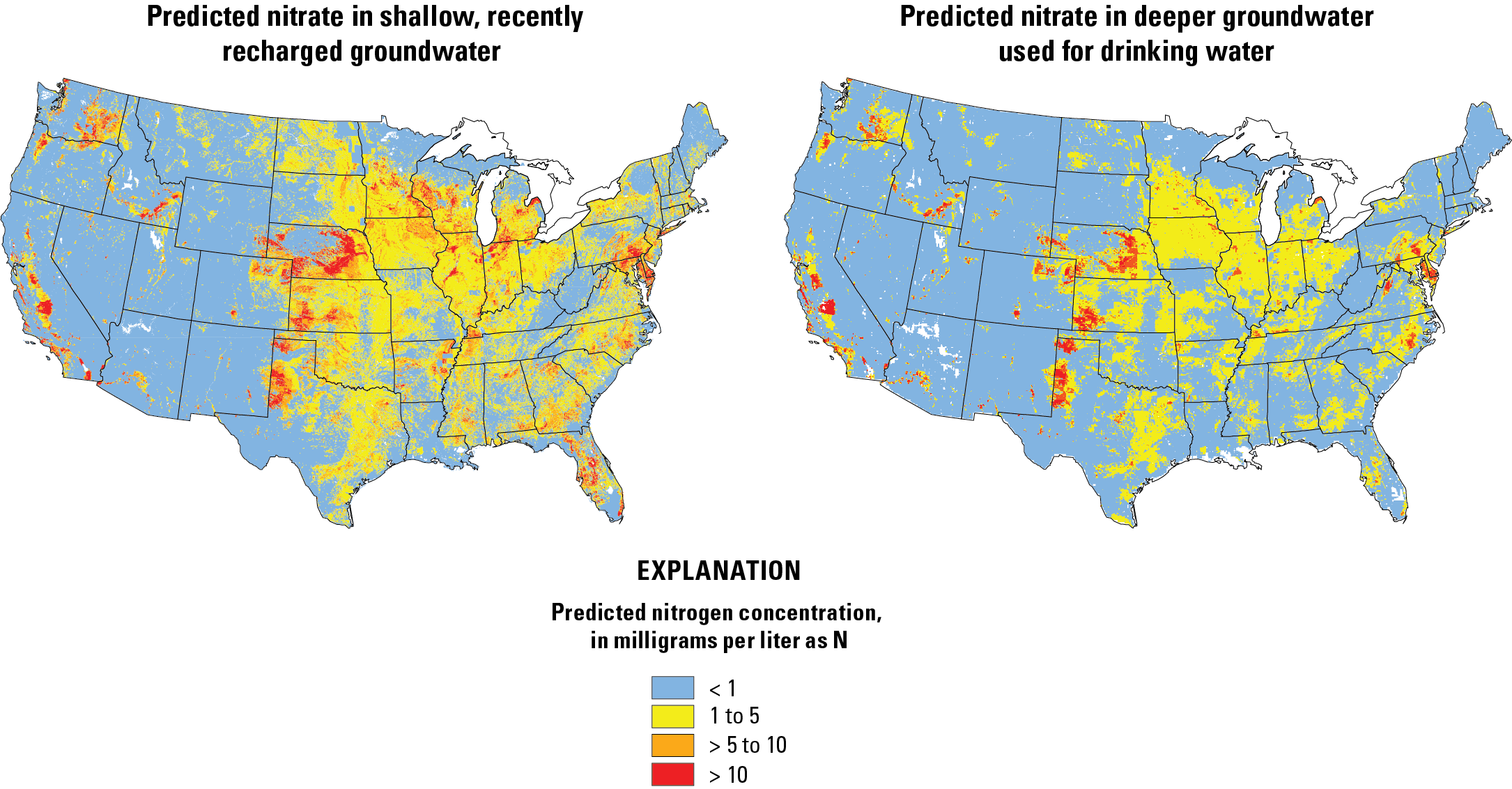 Nitrate concentrations greater than the Maximum Contaminant Level (MCL) of 10 mg/L as N are predicted to occur primarily in the High Plains, northern Midwest, and areas of intense agriculture in the eastern and western United States. In shallow, recently recharge groundwater (left), concentration are predicted to exceed the MCL beneath 2 percent of the land area of the conterminous United States and to be greater than half the MCL beneath nearly 8 percent of the land area. Concentrations are predicted to be lower in deeper groundwater from the part of aquifers used for drinking water (right) than in shallow, recently recharged groundwater. Image from USGS Circular 1360 (Water quality in principal aquifers of the United States, 1991-2010) and modified from Nolan and Hitt, 2006.

The quality of our Nation's waters: Water quality in principal aquifers of the United States, 1991-2010
USGS Circular 1360, figure 6-7