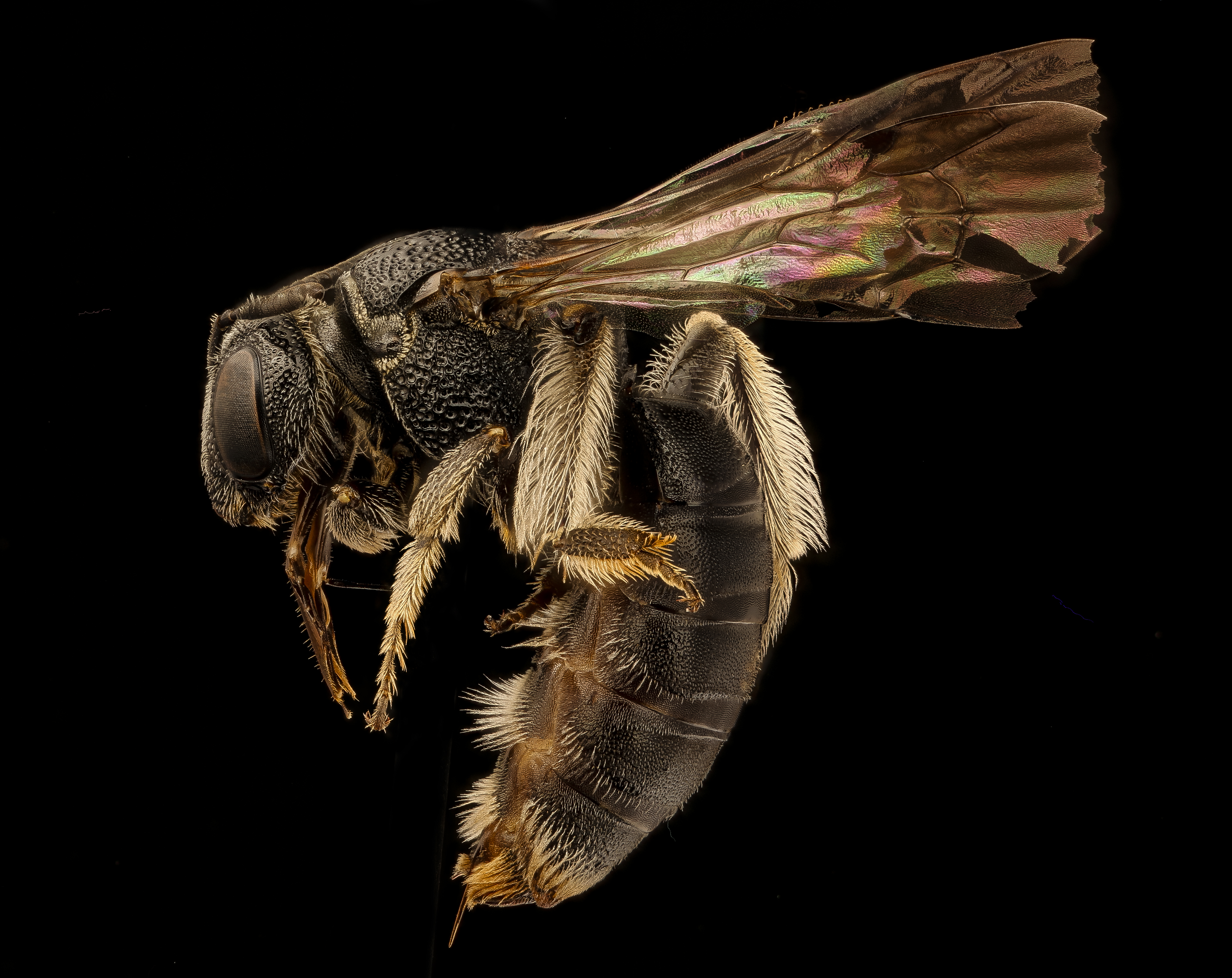 Pseudopanurgus rugosus, collected by the glorious State of Virginia Natural Heritage group. This whole group is a bit of a nightmare. Uncommon, tiny, often very similar looking and widely ignored by taxonomists. I often have to leave them as sp....or as we say 'spuh'. Which is not something that should be happening in this modern sophisticated, send a man to the moon, sort of society. But it is. P. rugosus...not so difficult. Has 'rugged' topography on its back...thus its name. Photography Information: Canon Mark II 5D, Zerene Stacker, Stackshot Sled, 65mm Canon MP-E 1-5X macro lens, Twin Macro Flash in Styrofoam Cooler, F5.0, ISO 100, Shutter Speed 200 USGSBIML Photoshopping Technique: Note that we now have added using the burn tool at 50% opacity set to shadows to clean up the halos that bleed into the black background from "hot" color sections of the picture.