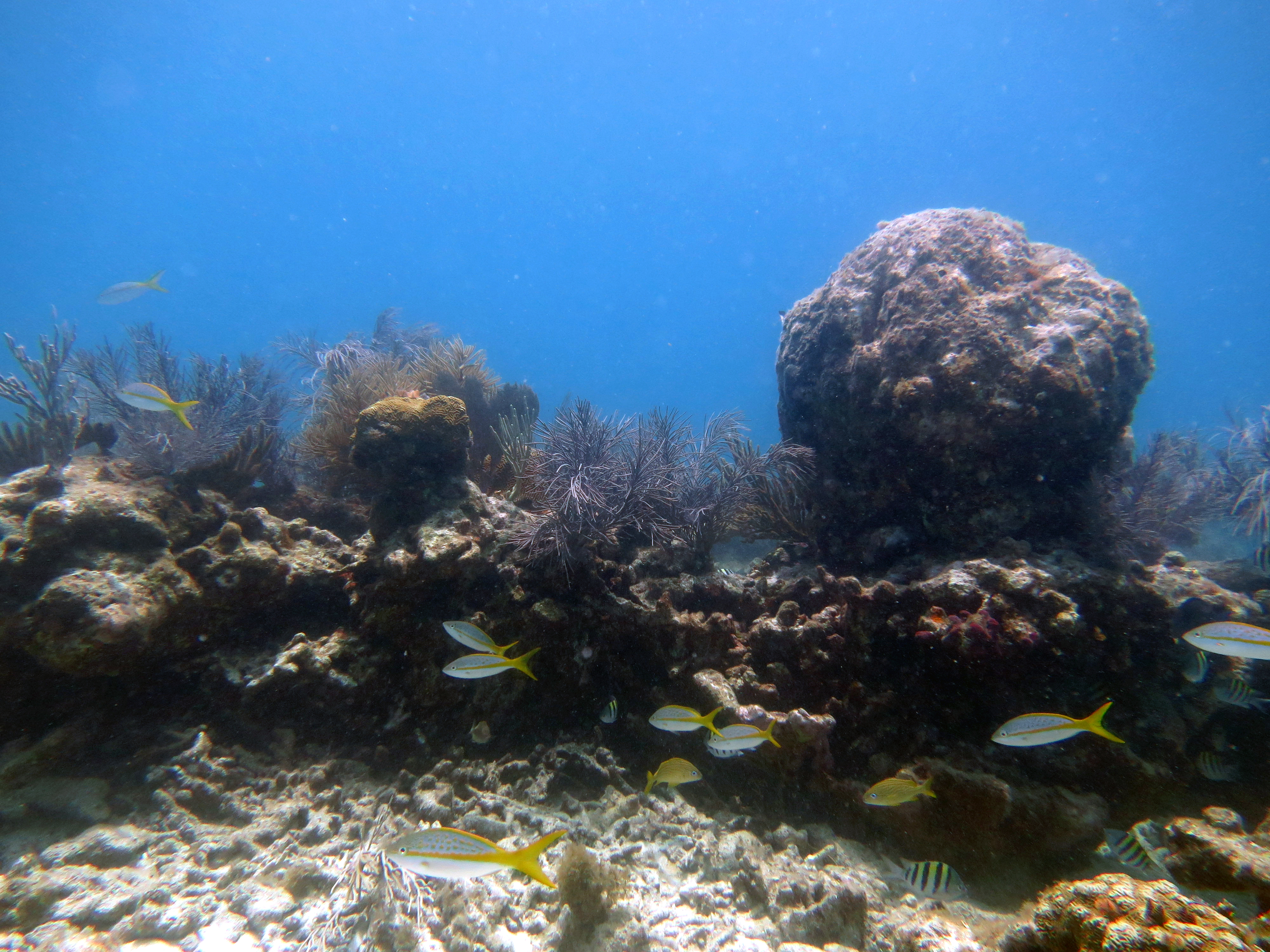 Relict Holocene coral-reef framework in the Florida Keys. Like many reefs in the western Atlantic, reefs here were just a few coral species: primary Acropora palmata and Orbicella spp. Recent disturbances have led to declines in the populations of those corals and relative increases in the abundance of more weedy taxa. The photograph was collected during fieldwork under permit DRTO-2018-SCI-0005 from the National Park Service.