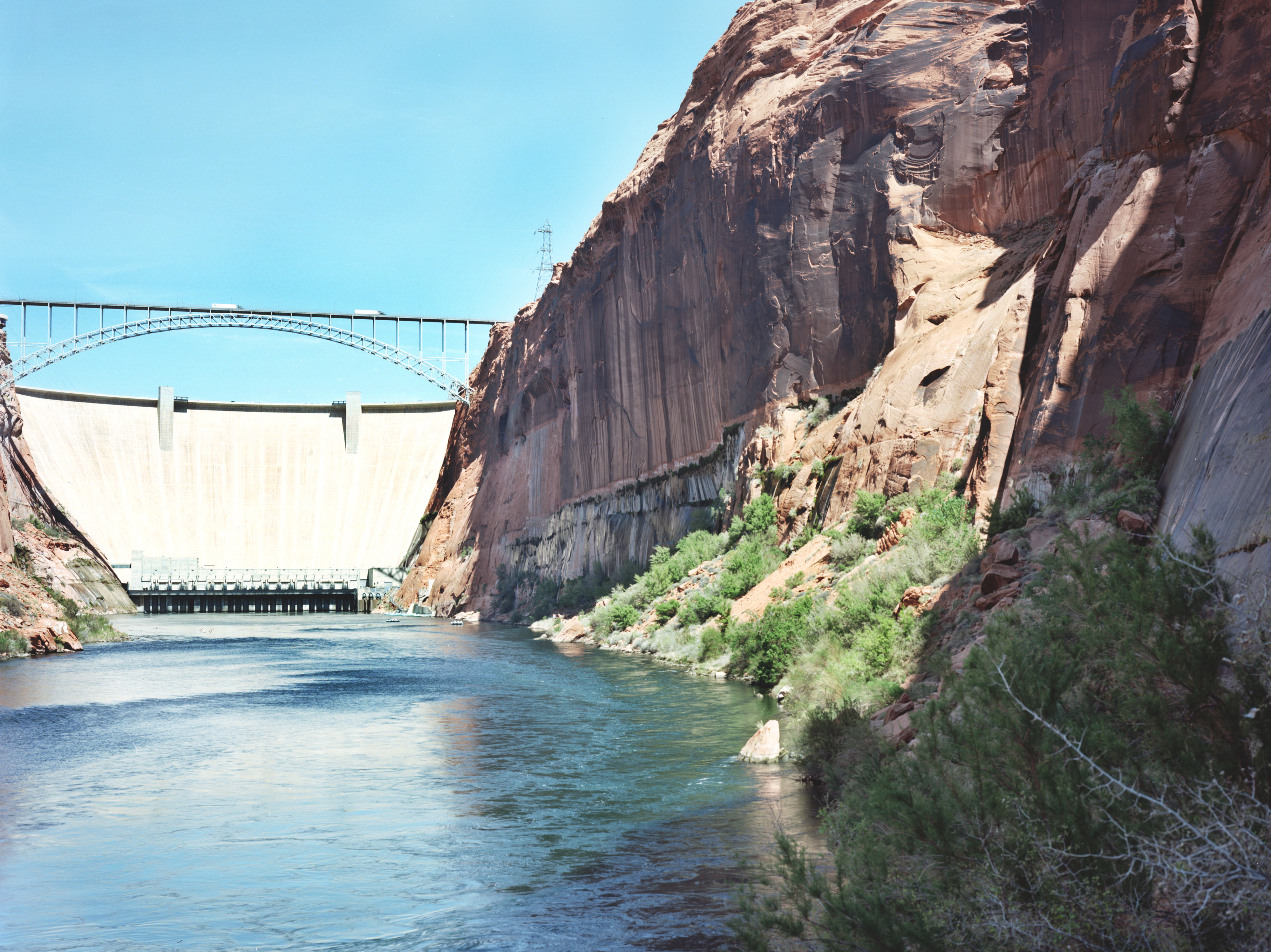 A USGS repeat photograph of Glen Canyon Dam taken on April 20, 2011 as a match to the 1889 Franklin Nims image of the site before the dam was built, at Colorado River mile -14.7, during the Stanton Expedition. This view was also matched in 1992 by the USGS. The view is taken upstream from river left. Stake (camera point) s2638 in the SBSC's Southwest Repeat Photography Collection.

The vegetation growing along the shoreline has increased in both size and stature, particularly the netleaf hackberry. Many of the individual plants persist, and a new netleaf hackberry is visible in the lower right corner of the image.