Repeat photograph taken in 1992 of the Colorado River below Glen Canyon Dam, a match to the 1889 image by Nims from the Stanton Expedition 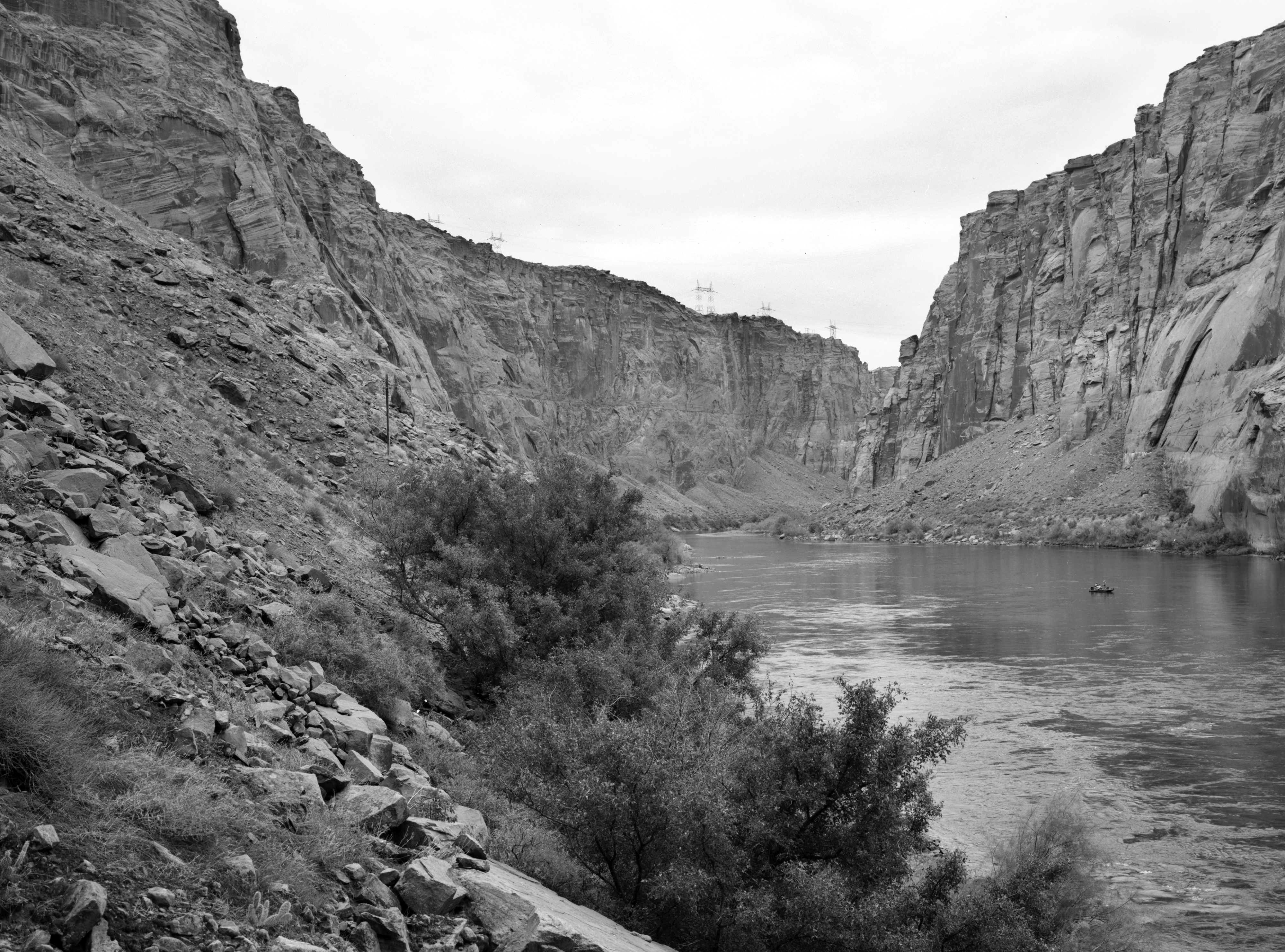 A USGS repeat photograph of Glen Canyon Dam taken on October 29, 1992, as a match to the 1889 Franklin Nims image of the site before the dam was built, at Colorado River mile -14.7, during the Stanton Expedition. The view is taken looking downstream below the dam, from river left. Stake (camera point) s2638 in the SBSC's Southwest Repeat Photography Collection.

A century later, the presence of Glen Canyon Dam, which is just upstream, affects this view and all others downstream that show the river corridor. Large power poles dominate the skyline, a small power line crosses in the midground, and riparian vegetation, mostly netleaf hackberry and non-native tamarisk, has become established along the river corridor now protected from large floods. The shrubs growing along the slopes include Mormon tea, sand sagebrush, prickly pear cactus, and non-native Russian thistle. A small area of biological soil crust is apparent at lower left. Photo credit: Robert H. Webb, USGS.