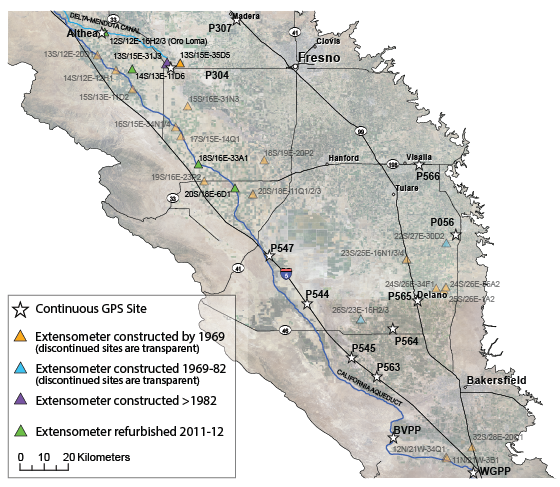 California has experienced three droughts thus far in the 21st century (2001-2002, 2007-2009, and 2012-2016), bringing renewed subsidence to the San Joaquin Valley and the revitalization of the Monitoring Network. Four extensometers were refurbished in 2011-2012, which involved new reference tables and instrumentation, and the construction of new shelters.  These were added to the six extensometers that were operating at five sites.  Spirit-leveling and campaign GPS networks were generally maintained on major water-conveyance canals and highways only, and 13 Continuous GPS sites (maintained by various agencies/groups) are in operation on the Valley floor.