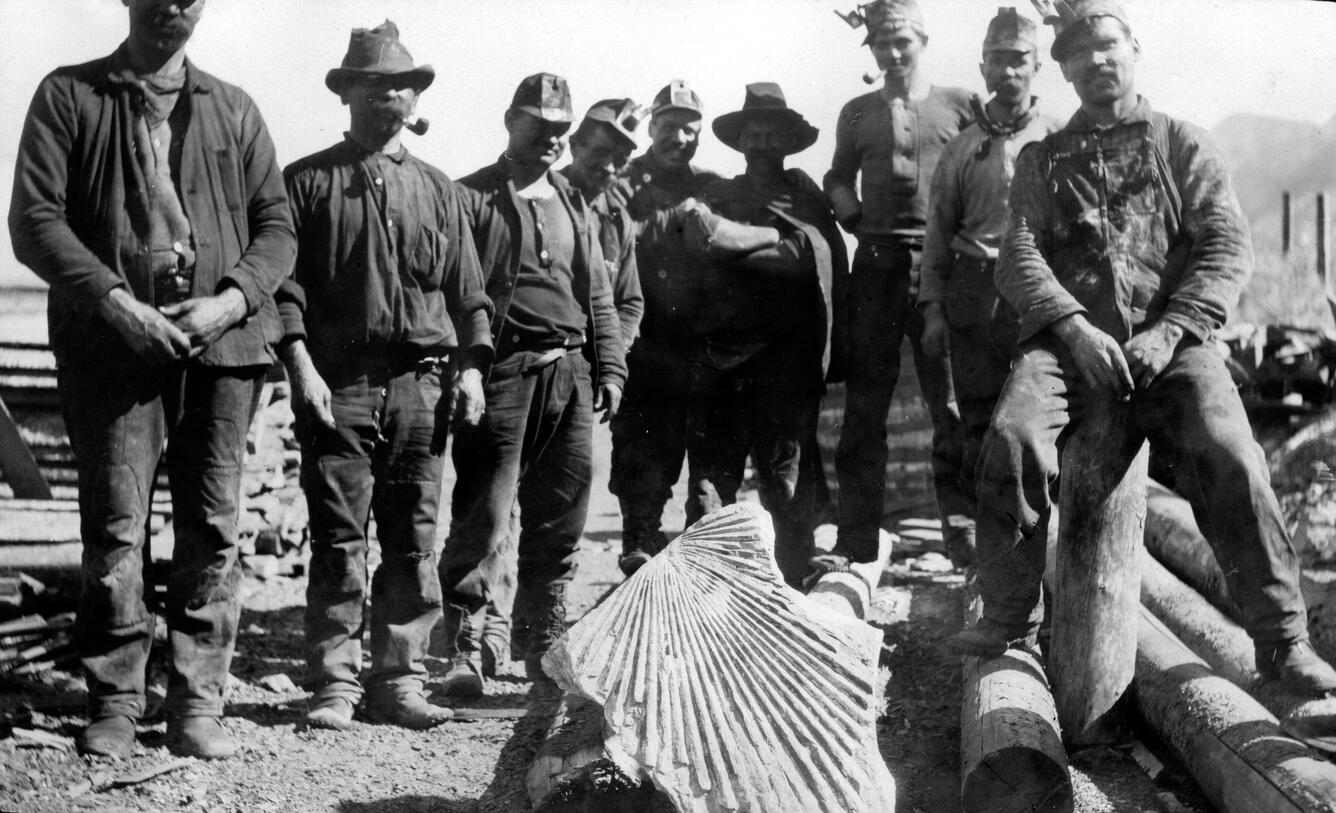 Most fossils occur in sedimentary rocks including shale, limestone and sandstone. The sandstone block shown here contains a large fossil palm leaf, found at the Coryell Coal mines in Colorado. “Fossil plants and animals became important tools for establishing the geologic age of rocks and correlating them from one region to another.” This photo was taken in front of a group of miners. Newcastle. Garfield County, Colorado in 1907.  Photograph and quote on page 19 from ‘Images of the U.S. Geological Survey, 1879-1979” celebrating the USGS’s 100th anniversary.