Scientists use a FTIR spectrometer 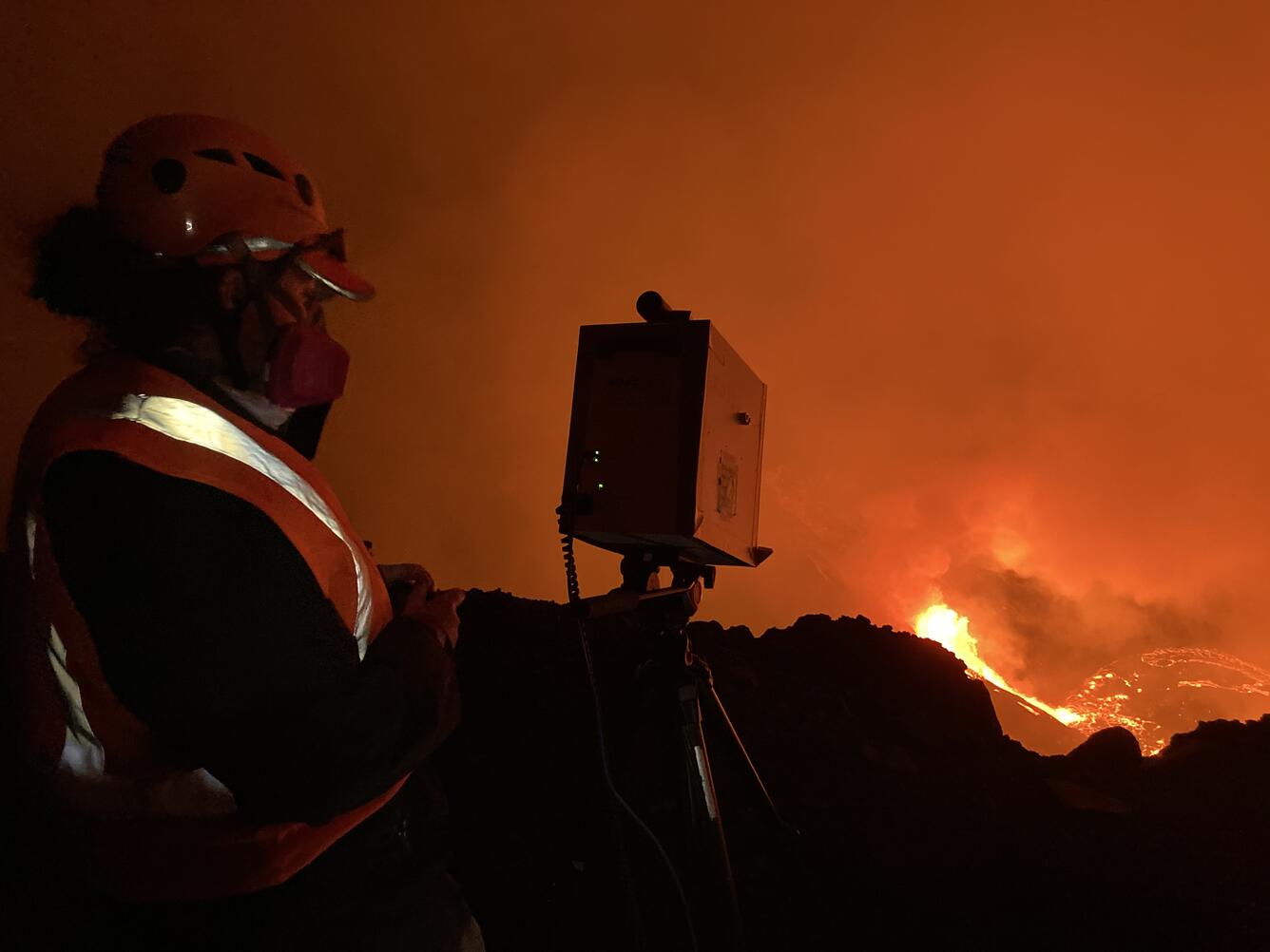 On the morning of Dec. 21, Hawaiian Volcano Observatory gas scientists use a FTIR spectrometer on the rim of Halema‘uma‘u crater. The FTIR measures the composition of the gases being emitted during Kīlauea Volcano's ongoing summit eruption by measuring how the plume absorbs infrared energy. The plume being generated by the ongoing eruption is sulfur-dioxide (SO2) rich, but also contains water vapor, carbon dioxide, and halogen gases such as HCl and HF. USGS photo by T. Elias.