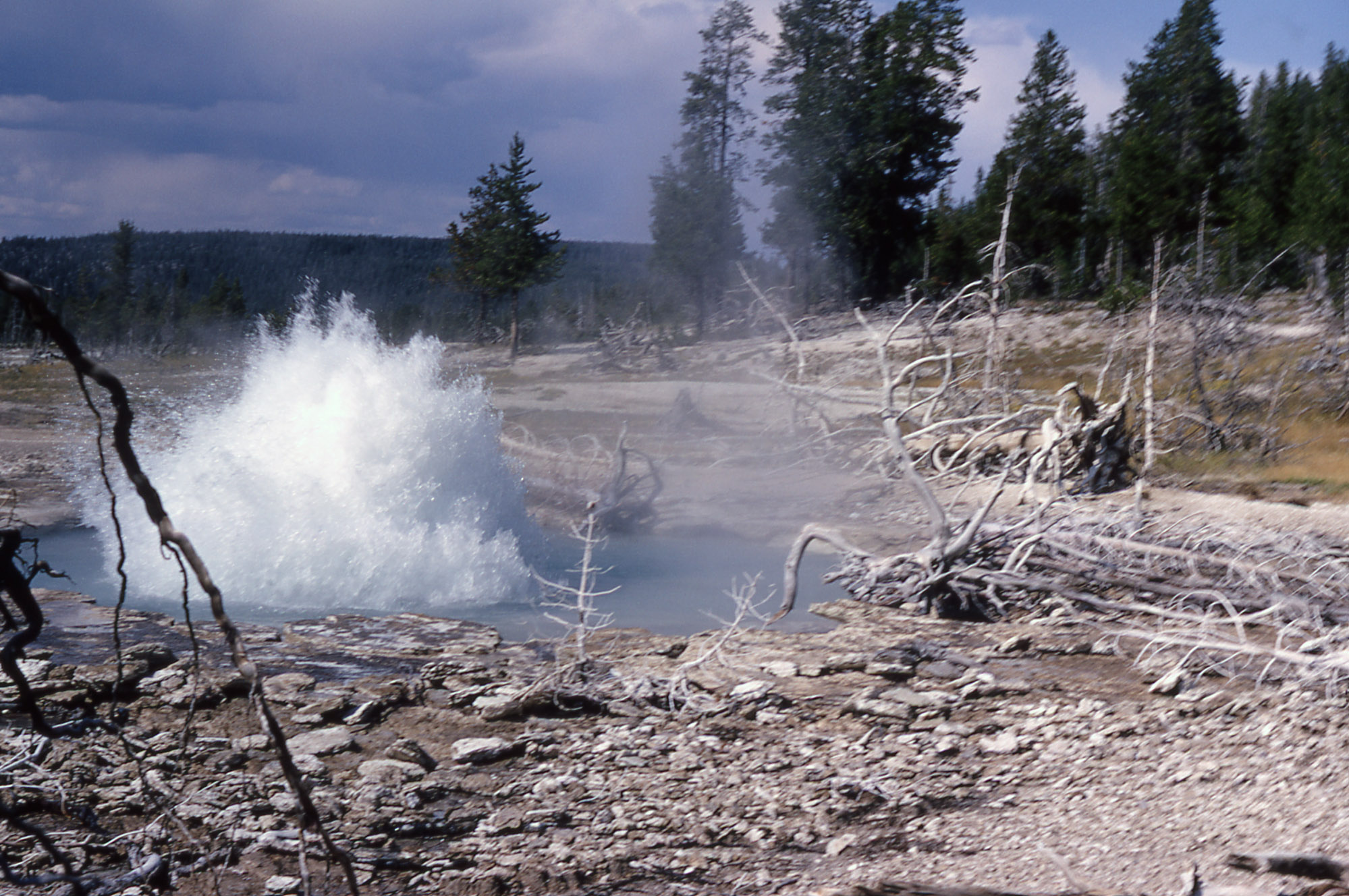 Seismic Geyser on the east bank of the Firehole River in the Upper Geyser Basin. Detailed observations by Don White and George Marler showed that within several days after the 1959 magnitude 7.2 Hebgen Lake earthquake, two new fractures with steam discharge (fumaroles) were formed. In less than a year, the lodgepole pines over an area of at least 500 feet (about 150 meters) were either dead or dying. In the winter of 1962-1963, explosive activity had begun, and a new crater formed. Around the crater, numerous blocks of sinter up to 3 feet (about 1 meter) in diameter were spread randomly. By 1963 the fumarole had evolved into a small geyser. Photo by George Marler, 1965, National Park Service.