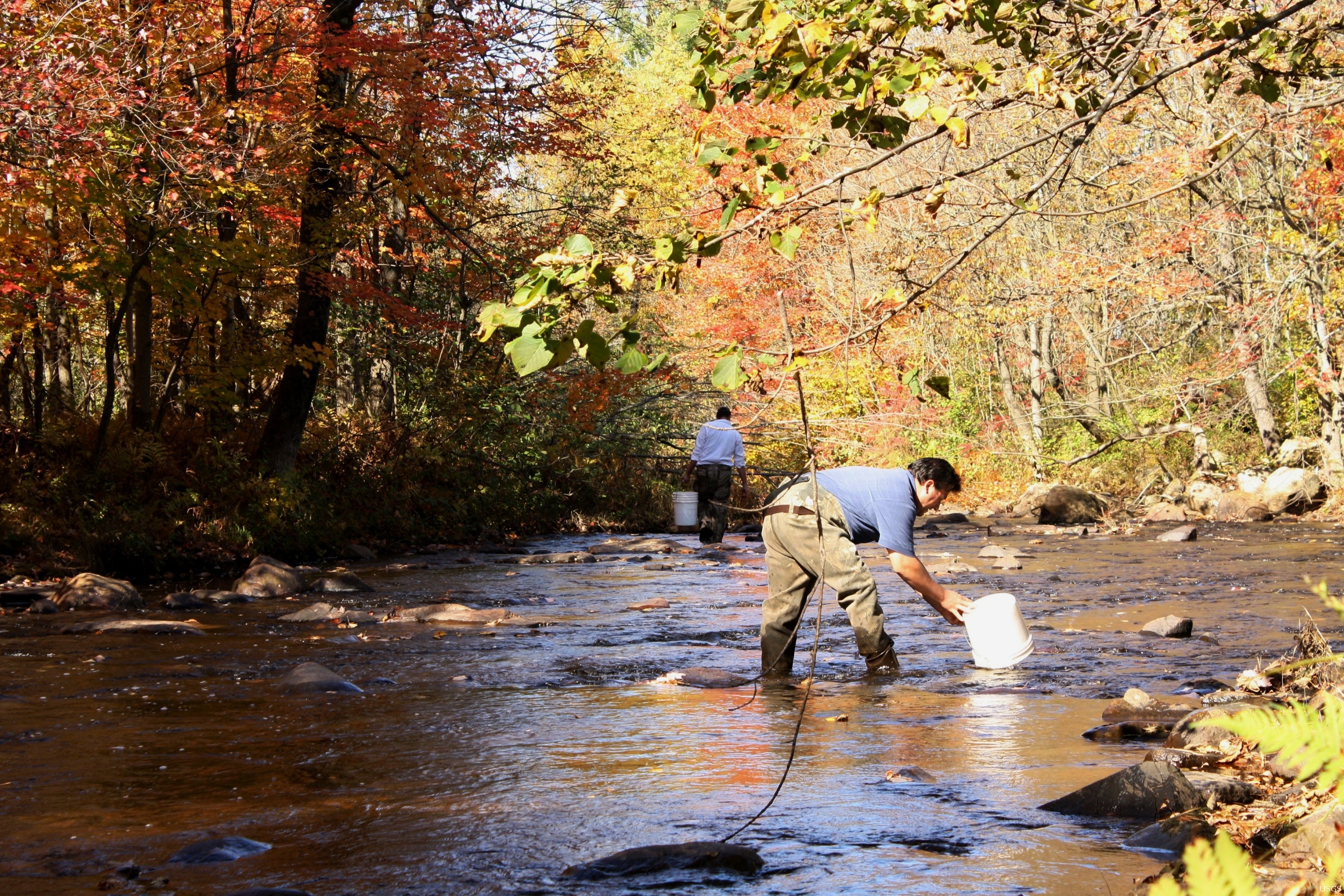 Thousands of young Atlantic salmon are released into the St. Regis River system (a tributary of the St. Lawrence River) in an effort to restore this diminished Lake Ontario fish population. The salmon were reared at the USGS Tunison Laboratory in Cortland, N.Y., and are released by USGS scientists and members of the Mohawk Tribe.

This salmon release is part of a coordinated effort among the USGS Great Lakes Science Center and state, tribal, and Canadian fishery resource managers to restore Atlantic salmon in the Lake Ontario/St. Lawrence River drainage system.