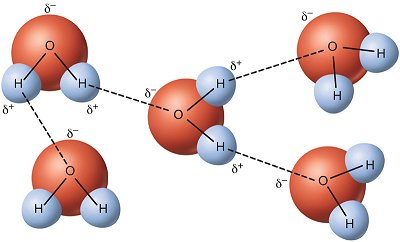 Water has an amazing ability to adhere (stick) to itself and to other substances. The property of cohesion describes the ability of water molecules to be attracted to other water molecules, which allows water to be a "sticky" liquid.