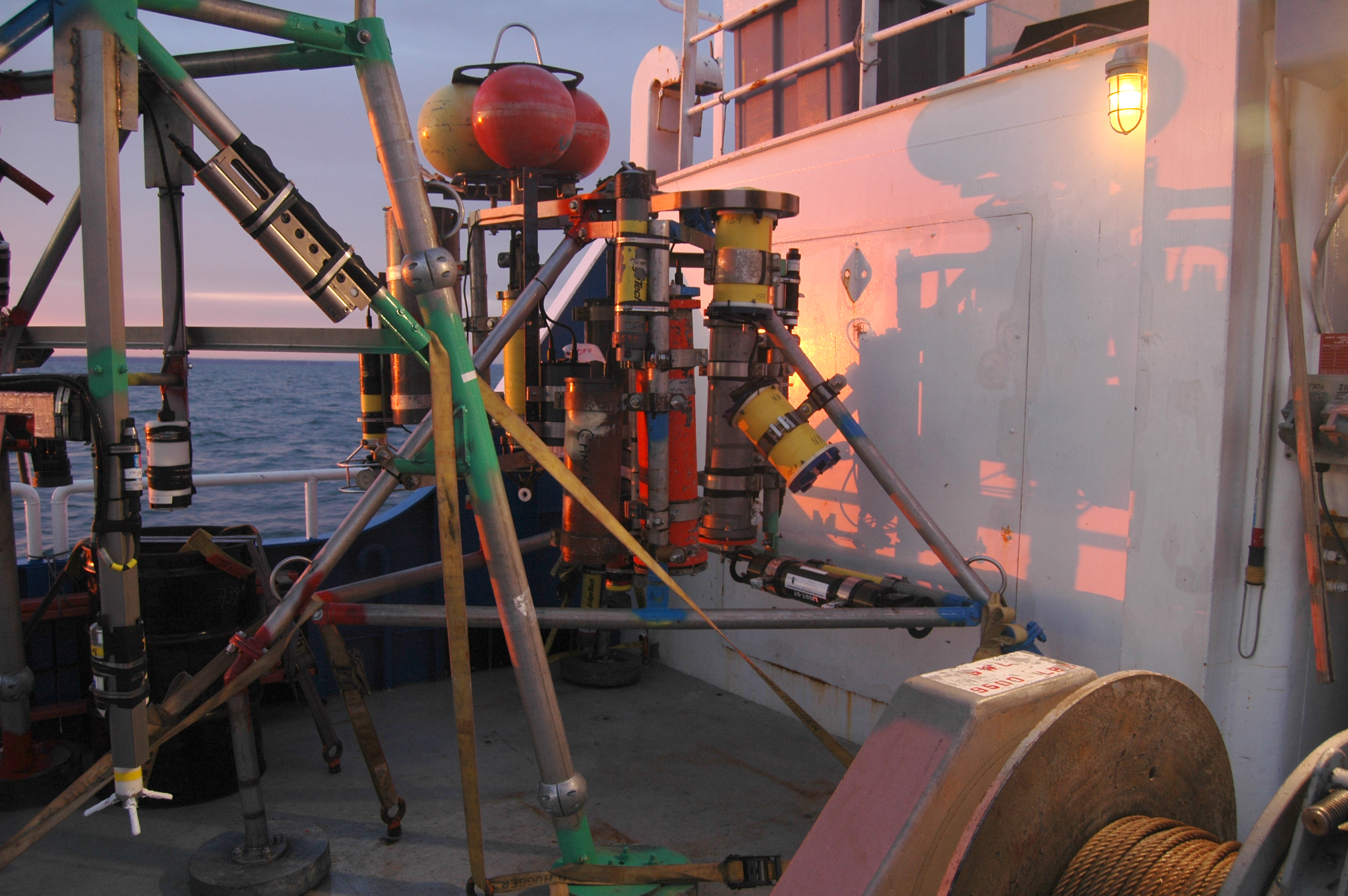 As part of an investigation of the mechanisms of coastal change in the Carolinas, instrumented tripods were deployed on Diamond Shoals near Cape Hatteras, NC. These tripods recorded data quantifying the currents, waves, turbidity, temperature and salinity at several levels near the seafloor between January and April 2009.  Scientists connect the tripod to the ship's crane prior to deployment on Diamond Shoals. The tripod shown is specially designed to collect detailed ocean current, temperature and trubidity measurements without flow disturbance from the tripod frame. The sediment transport group contracted the Research Vessel Connecticut to place the tripods on site. This image shows the equipment tightly packed on deck at sunset, on the way to the site.