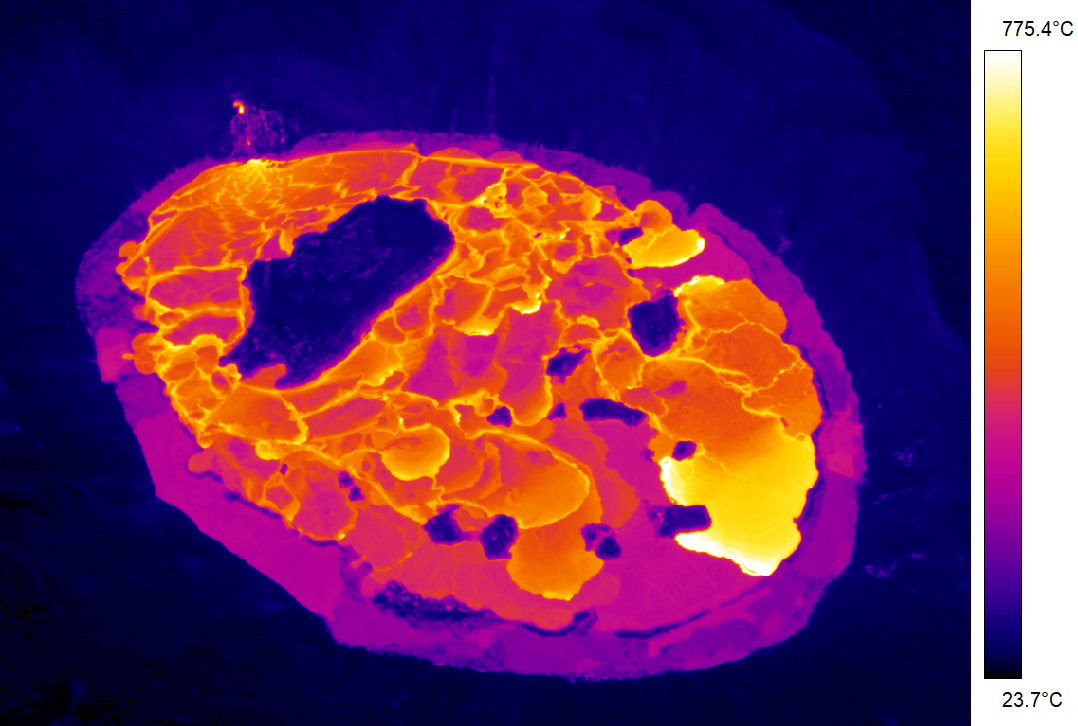 This thermal image, looking northwest, shows the distribution of activity on the lava lake at Kīlauea's summit. The lake is slightly perched and surrounded along its perimeter by a lower ledge of cooler lava. The western fissure, in the wall of Halema‘uma‘u crater, is visible in the upper left portion of the image, just above the lake. Today, the eastern end of the lake (right side of image) was undergoing crustal foundering, in which crustal plates sink and fluid lava resurfaces the lake. USGS image by M. Patrick.