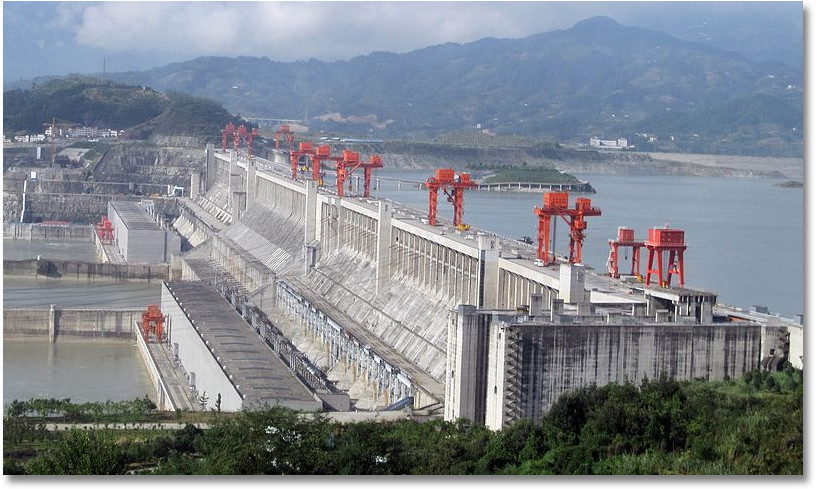 Accroding to Wikimedia, the Three Gorges Dam is a hydroelectric gravity dam that spans the Yangtze River by the town of Sandouping, in Yiling District, Yichang, Hubei province, China. The Three Gorges Dam is the world's largest power station in terms of installed capacity (22,500 MW). In 2014, the dam generated 98.8 terawatt-hours (TWh) and had the world record, but was surpassed by the Itaipú Dam, which set the new world record in 2016, producing 103.1 TWh.