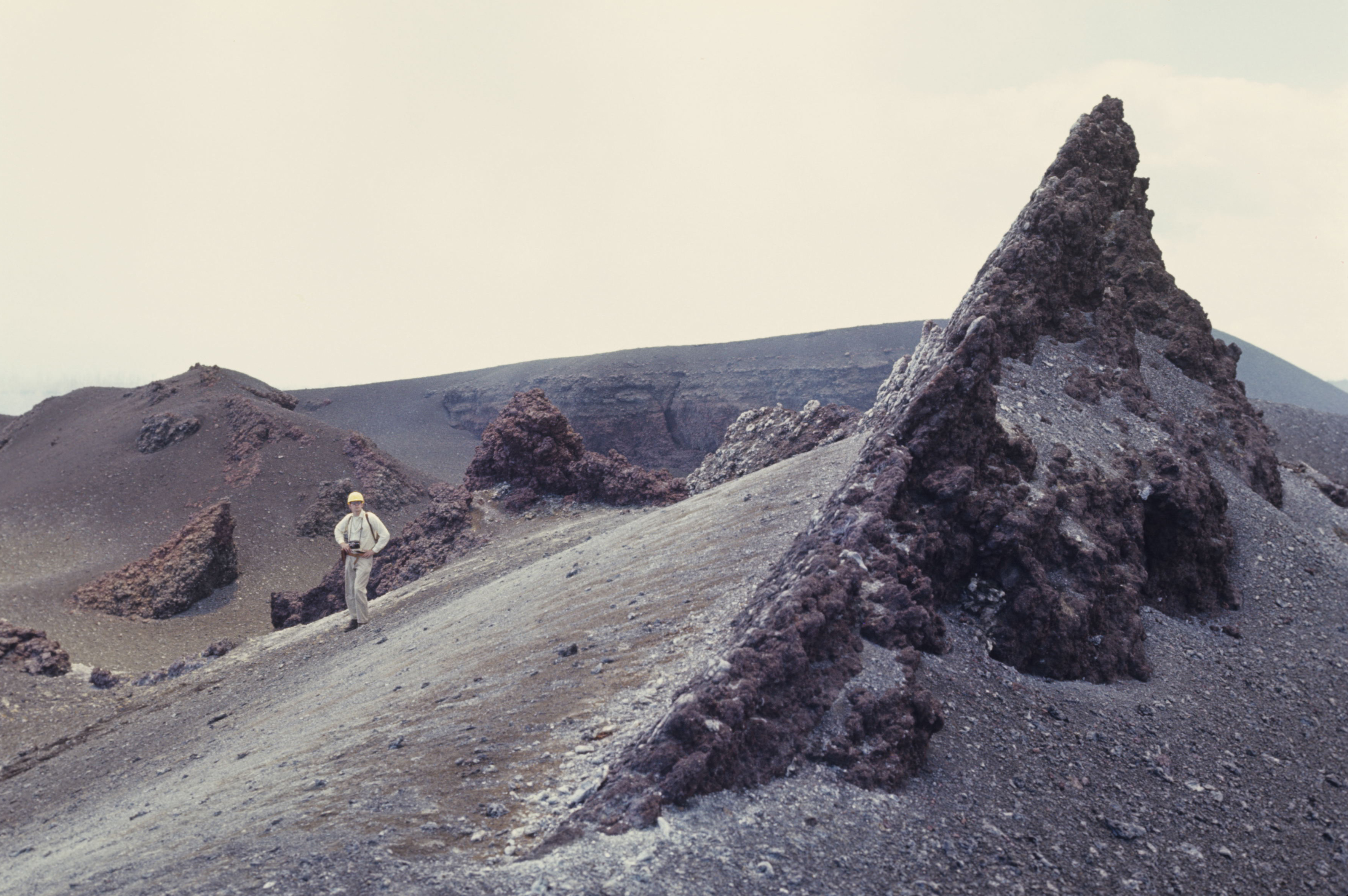 Tilted slabs of welded spatter blanketed by pumice and spatter erupted on October 20 and, mainly December 30, 1969. Note the contrast between the chaotic terrain in the foreground and the undisturbed bedding in tephra in background. The chaotic area formed as moving lava upended the tephra beds. Photo taken in March 1970.