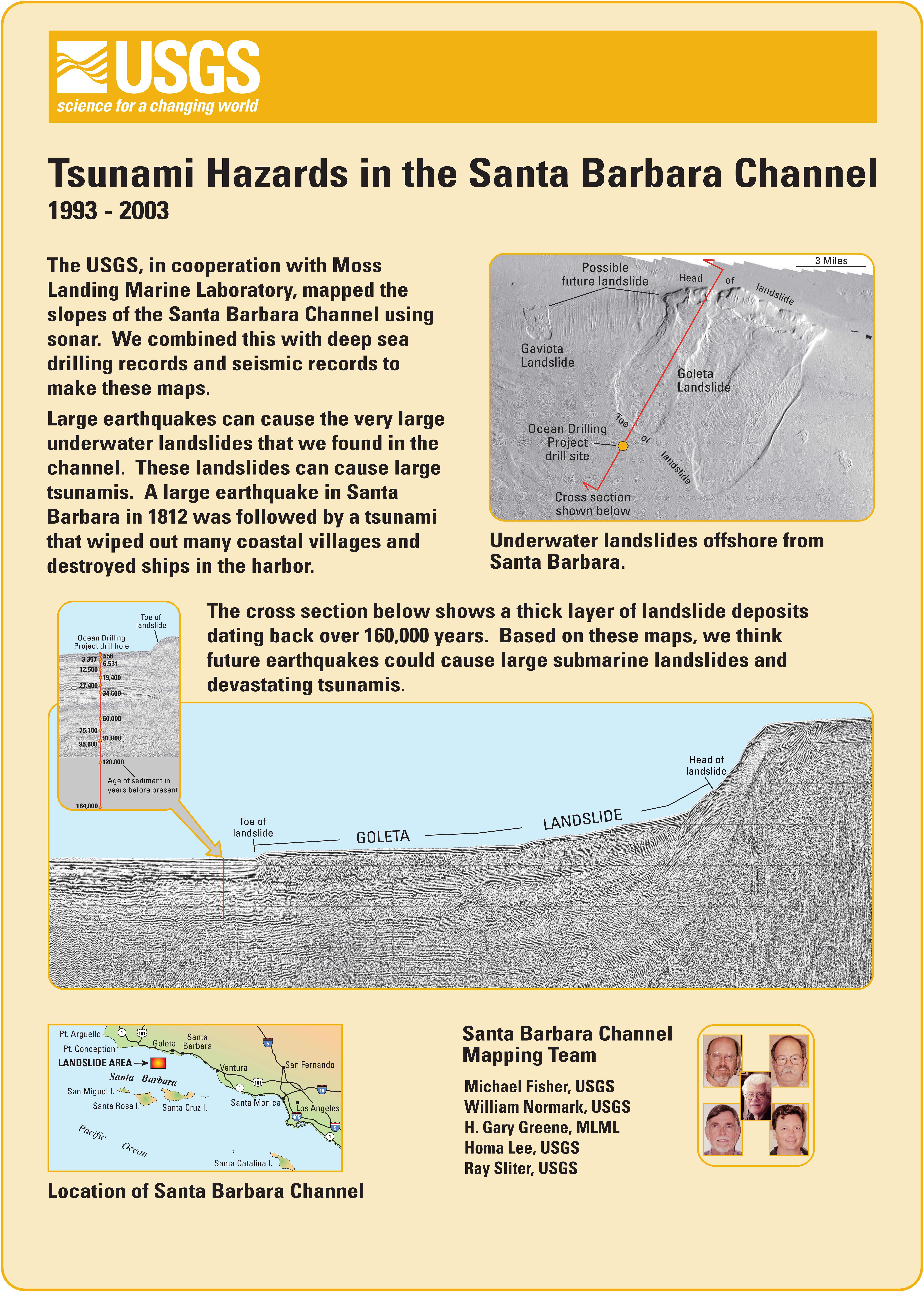 The USGS, in cooperation with Moss Landing Marine Laboratory, mapped the slopes of the Santa Barbara Channel using sonar. We combined this with deep sea drilling records and seismic records to make these maps.

Large earthquakes can cause the very large underwater landslides that we found in the channel. These landslides can cause large tsunamis. A large earthquake in Santa Barbara in 1812 was followed by a tsunami that wiped out many coastal villages and destroyed ships in the harbor.

The cross section shows a thick layer of landslide deposits dating back over 160,000 years. Based on these maps, we think future earthquakes could cause large submarine landslides and devastating tsunamis.