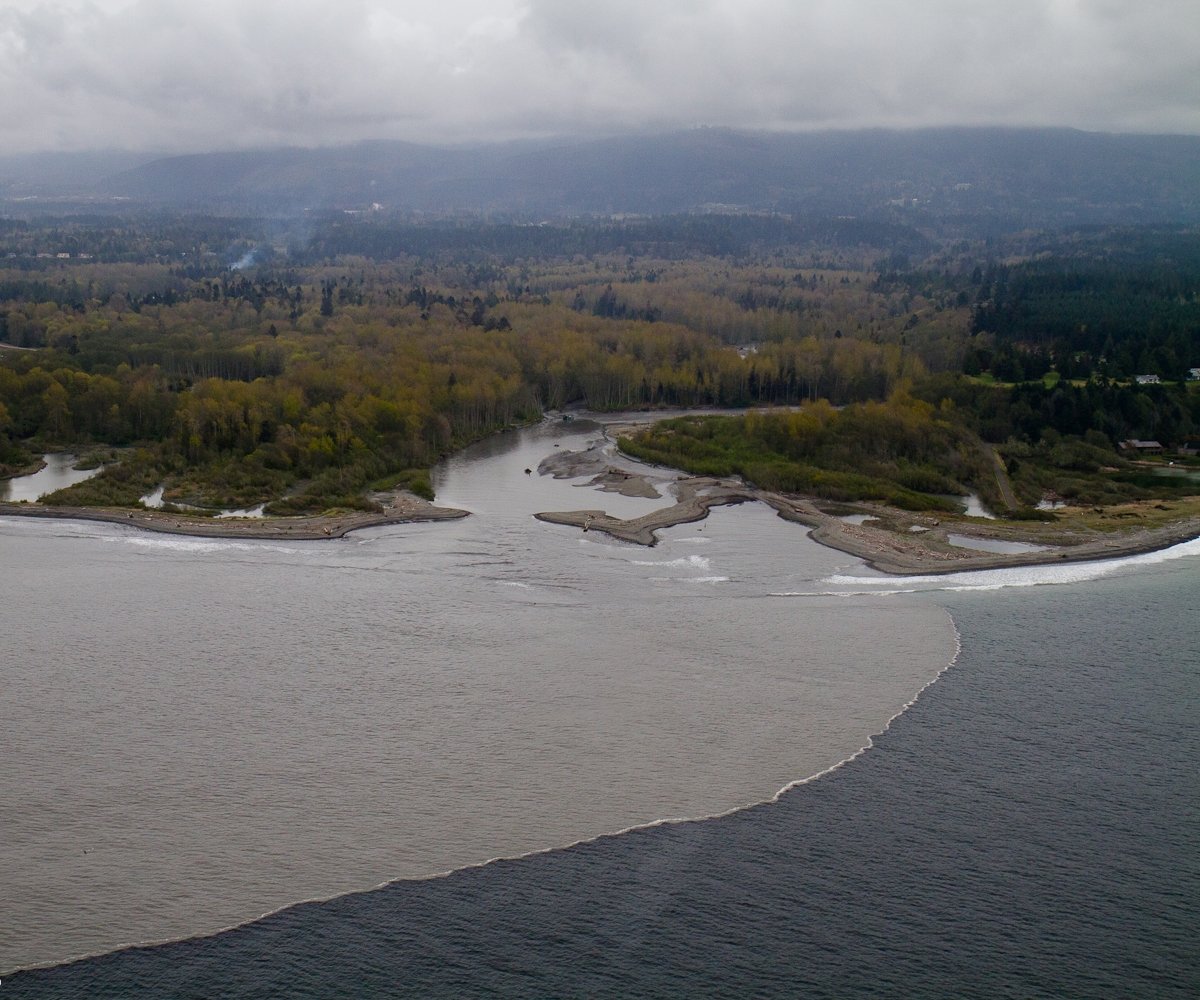 The turbid waters of the Elwha River and the coastal waters of the Strait of Juan de Fuca mix directly offshore of the river mouth, forming a large coastal plume.  This plume is easily identified by the cloudiness of the water (or "turbidity") resulting from sediment discharged by the river.  Two large dams on the Elwha River are being incrementally removed from 2011 to 2014 to restore river functions in this important salmon-bearing river. During early stages of the removal project, hundreds of thousands of tons of fine-grained sediment (mostly silts and sands), trapped for decades behind the dams, were released causing turbidity in the river and coastal waters.