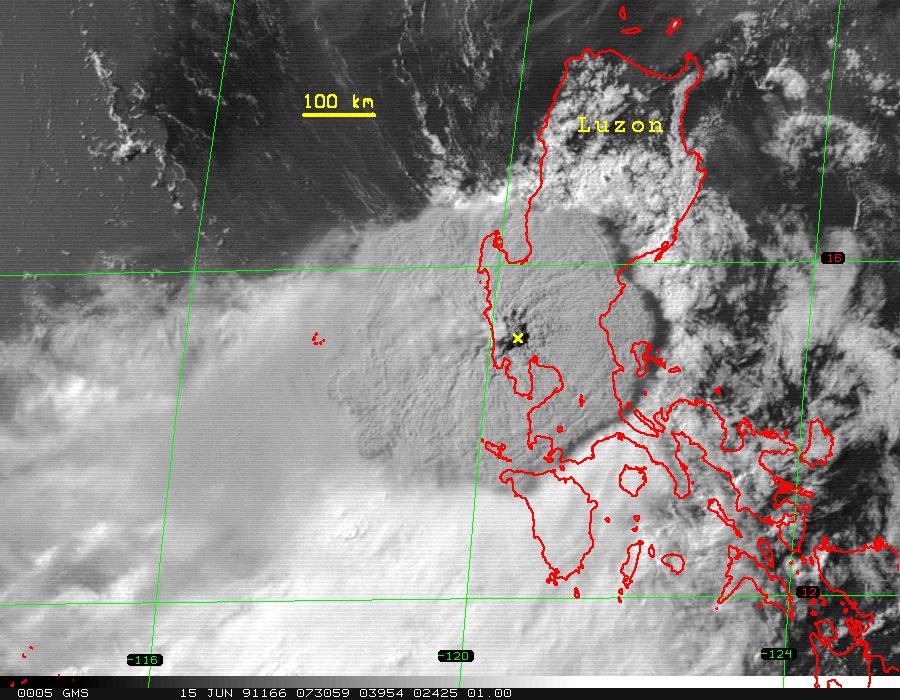 Owing at least in part to the atypical lower- and mid-level wind regime spawned by the passing storm, ash and larger particles were widely distributed in all directions immediately around the erupting volcano. Most of the ash was blown to the west southwest over a broad area across the South China Sea; ash dusted parts of Indochina, more than 1,200 km away. (Wolfe and Hoblitt, 1997; online report at http://pubs.usgs.gov/pinatubo/oswalt/index.html).