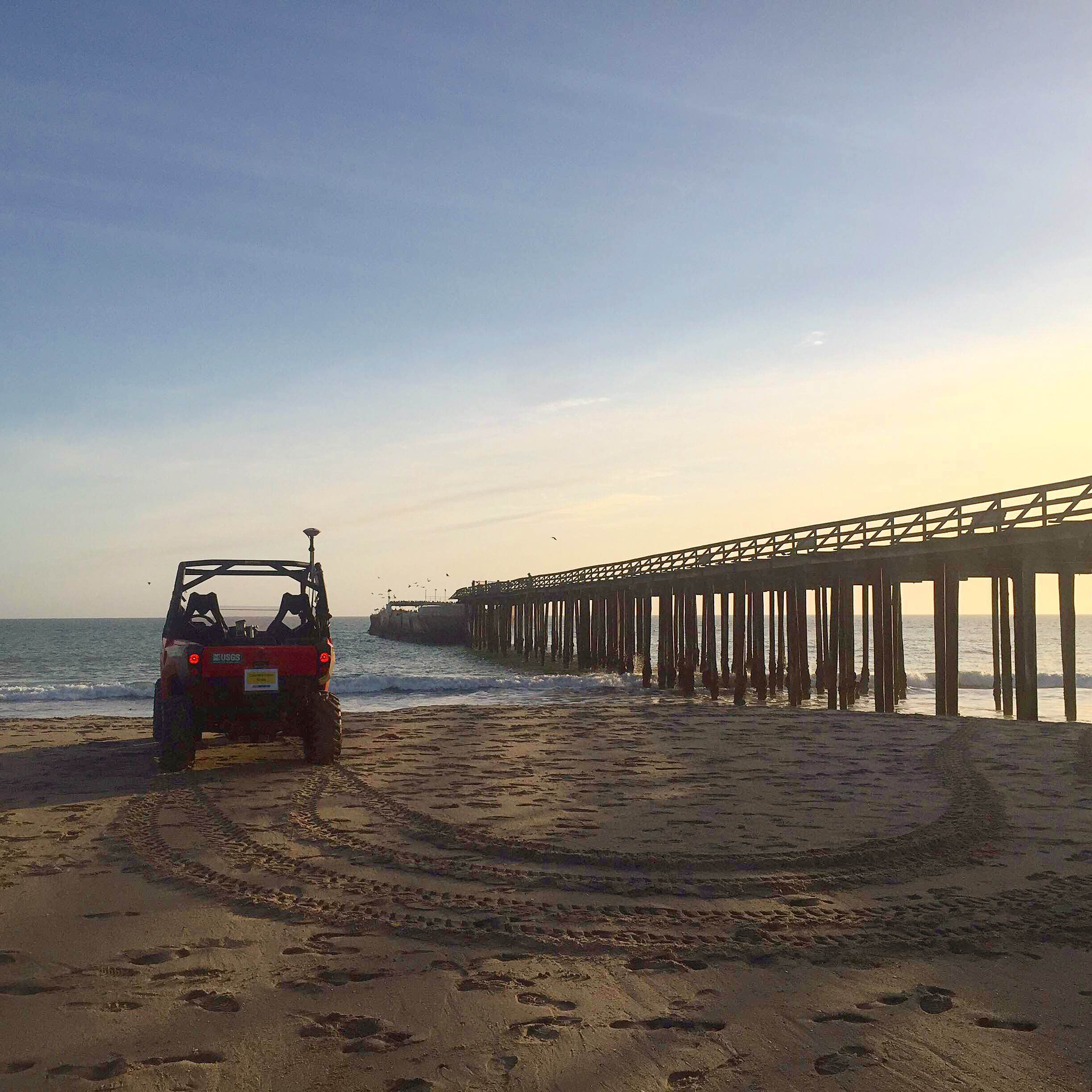 Photograph shows a USGS ATV equipped with GPS, ready to collect topographic data on Seacliff Beach in Aptos, California. The pier leads out to the heavily eroded cement ship SS Palo Alto. Various sources reveal that SS Palo Alto was built as an oil tanker by the San Francisco Shipbuilding Company in Oakland, California, and was launched May 29, 1919. She remained mothballed in San Francisco Bay for 10 years before being sold to the Seacliff Amusement Corporation and towed to Seacliff Beach. There, she was sunk a few feet to rest on the sandy bottom, and a dance floor, swimming pool, and cafe were added with access provided by the pier. The ship cracked in half during winter storms of 1931-32, and the amusement company went bankrupt mostly due to the Great Depression. The cement ship was stripped of all fittings and left as a fishing pier. Many years later, the ship eroded to the point of being unsafe, and access to it has been completely closed off. Now it serves as an artificial reef for marine life.