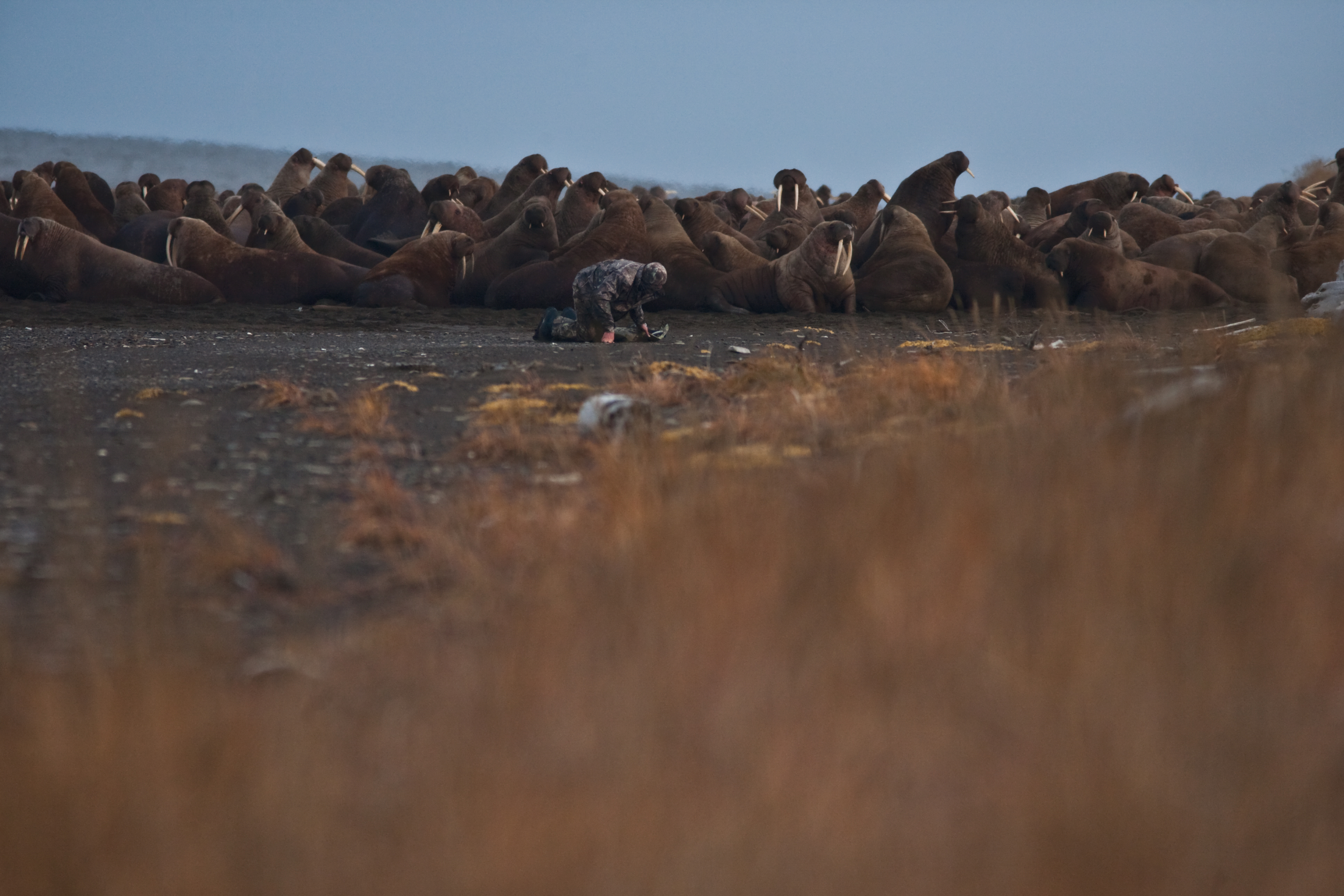 Walruses gathered by the tens of thousands in September 2013 to rest on the shores of the Chukchi Sea near the coastal village of Point Lay, Alaska. Walruses are finding it increasingly difficult to remain offshore over their preferred foraging grounds in the eastern Chukchi Sea due to unprecedented loss of sea ice in the autumn, which has completely disappeared during 5 of the past 7 years. Drifting sea ice gives walruses a platform to rest on between foraging dives. Without sea ice walruses turn to shore to rest, which forces them to either commute offshore to foraging grounds or to forage near­shore over lower quality foraging grounds. The USGS biologist in this photo is working to apply behavior tracking radios to walruses to better understand how the loss of sea ice may be affecting the walrus. (Photo taken during USGS research efforts permitted under US Fish and Wildlife Service Permit No. MA801652­3)