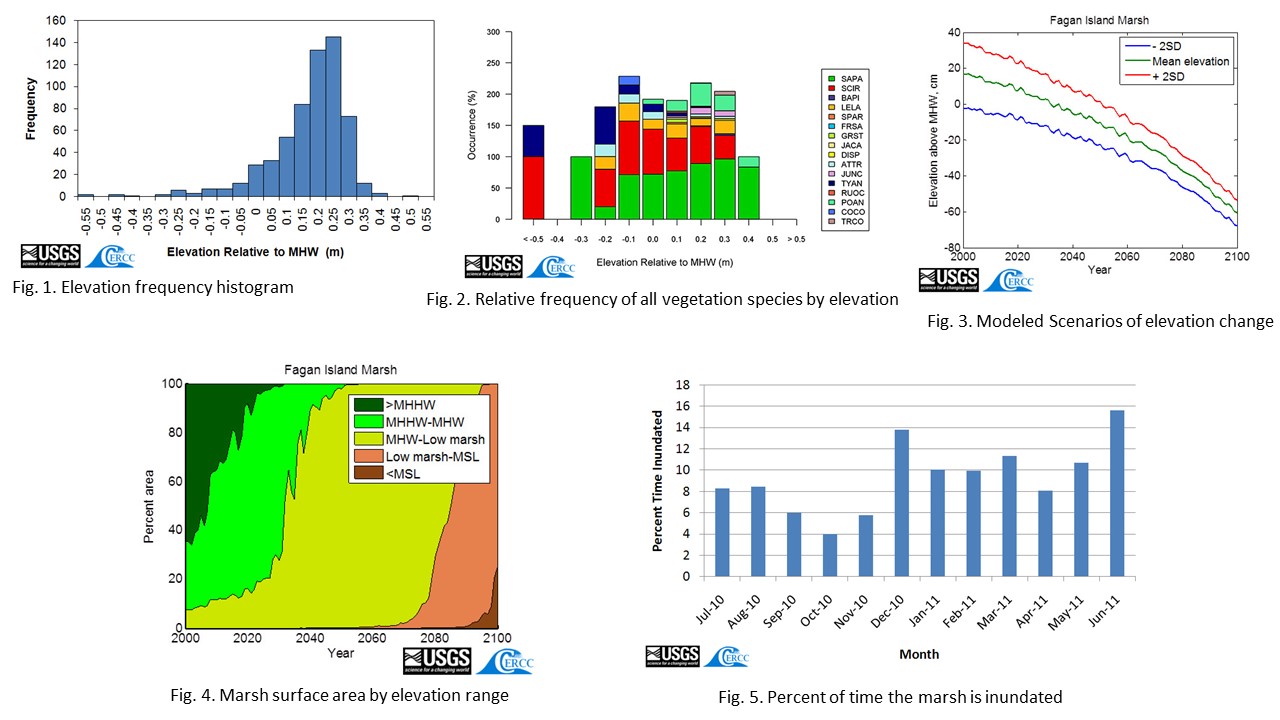 The elevation histogram for Fagan Marsh shows the marsh platform is above MHW on average (Fig. 1). Data from the vegetation surveys indicate relatively high species richness (Fig. 2).  Results from WARMER response model indicate that Fagan will lose relative elevation as sea levels rise (Fig. 3). The marsh platform at Fagan Marsh is projected to transition to low marsh habitat by 2070 and be below mean sea level by 2090 (Fig. 4). The percent of time Fagan Marsh is inundated varies throughout the year by season, with the most inundation during the winter (Fig. 5).