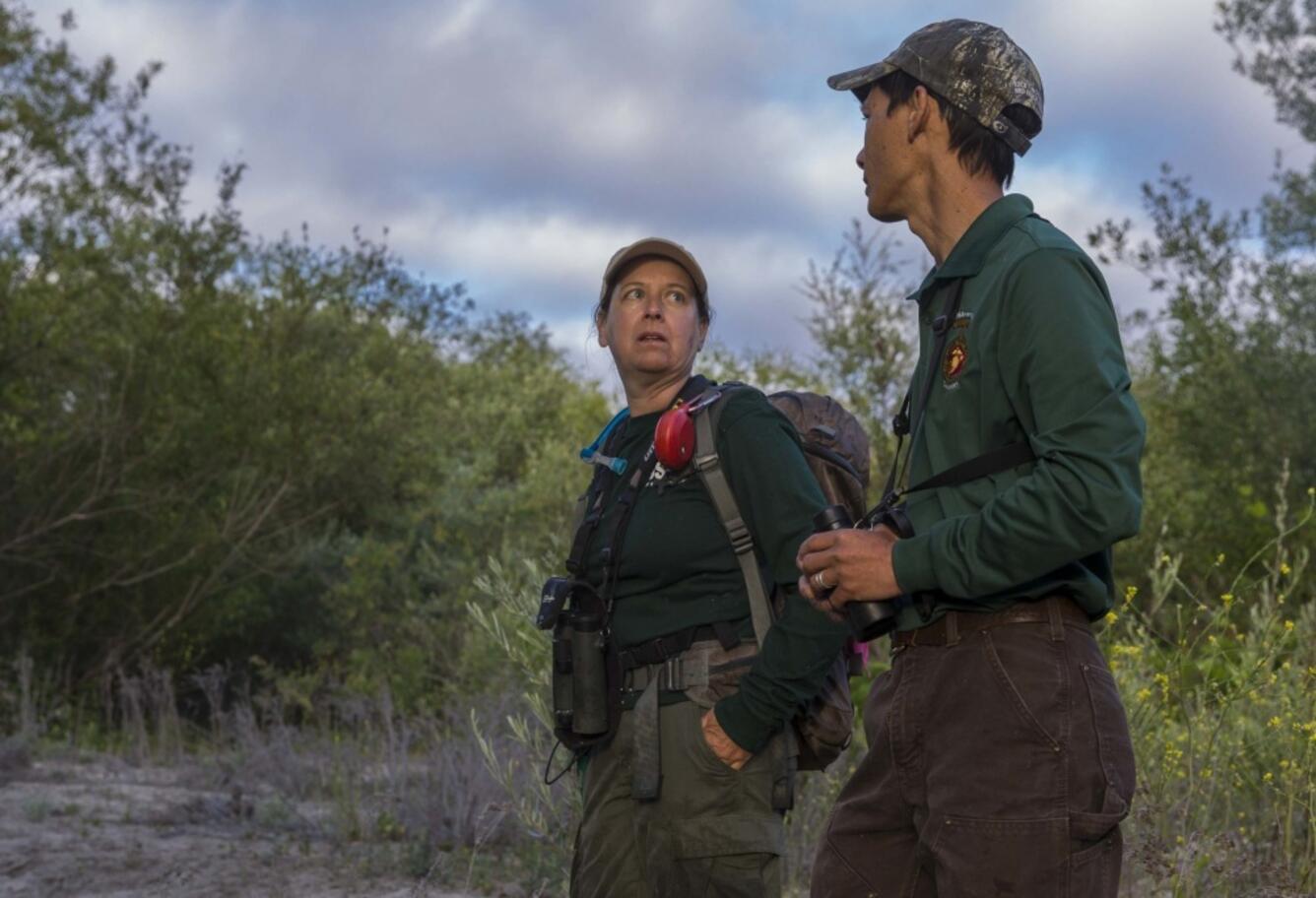 Colin Lee, wildlife biologist with the Marine Corps Base Camp Pendleton Game Warden’s Office, and Lisa Allen, wildlife biologist with the U.S. Geological Survey, discuss conservation methods while searching for an endangered species of bird, the Least Bell’s Vireo, at the Santa Margarita river on Camp Pendleton, Calif. May 16, 2018. There are 18 endangered species of animals on the base. The Least Bells Vireo is one more likely to create its habitat on the installation, compared to surrounding rural areas due to limited resources and human population. (U.S. Marine Corps photo by Lance Cpl. Drake Nickels)