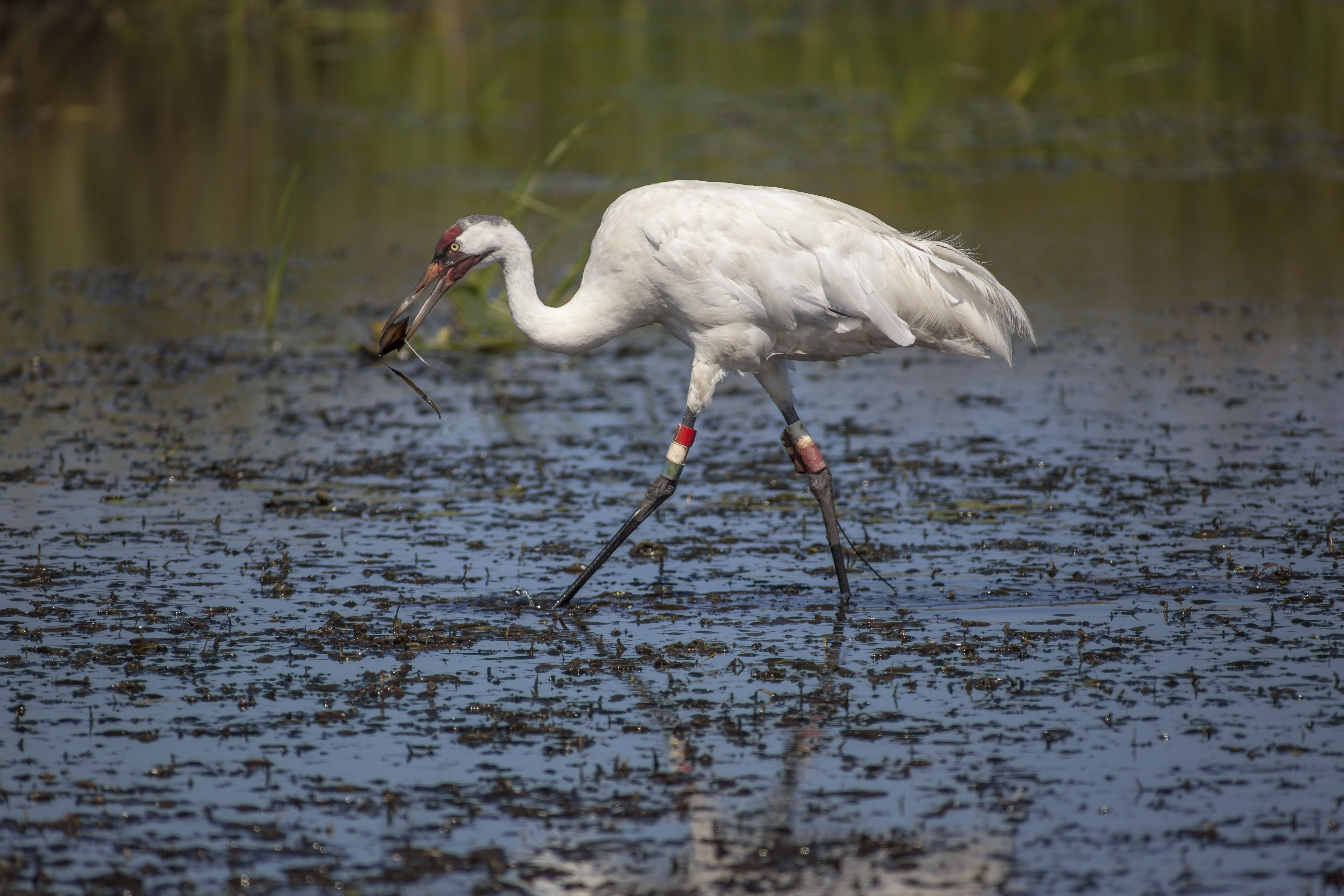 The image was taken August 11, 2012 at Necedah National Wildlife Refuge. The bird is 26-09 (female) making her 3 years old when the image was taken. She is an Operation Migration bird raised at Patuxent from an International Crane Foundtion egg. Her mate 27-06 is a Direct Autumn Release bird.

The bird is foraging in a flowage (Rynearson Flowage) that’s water levels are managed for waterfowl production. This image was taken during a drawdown which exposes the mussels. The fresh water mussel is probably a Pyganodon grandis (giant floater).  Photo by Ted Thousand