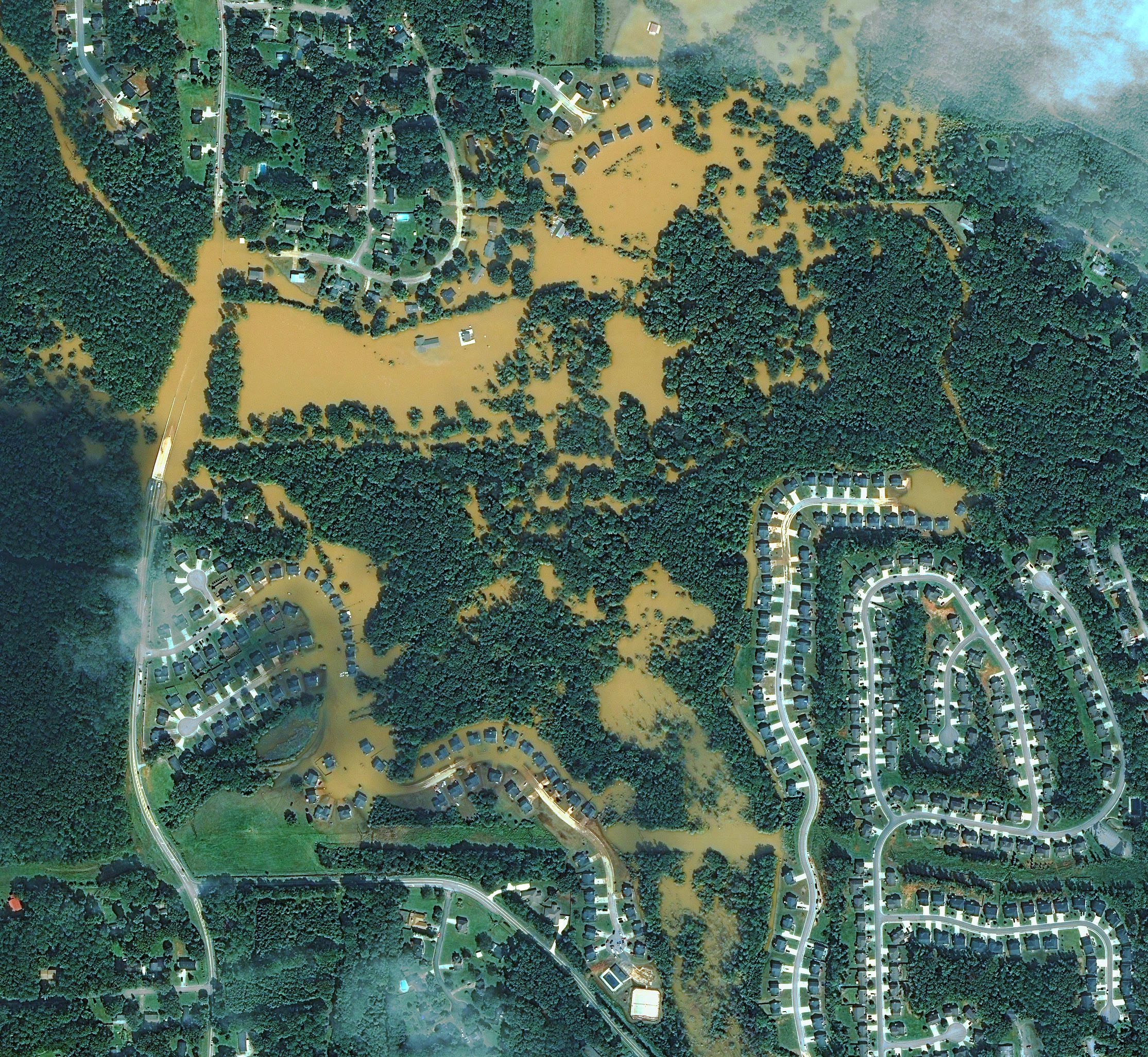 Wide-spread flooding in Lithia Springs, Georgia, just west of downtown Atlanta, after an epic rainfall event on 22 Sept. 2009. Impervious surfaces and urban buildup causes rainfall to runoff much quicker than in natural settings, and with greater flooding consequences, during heavy rains. One reason urban and suburban settings, such as neighborhoods and shopping areas, might get flooded during heavy rains, is that as land becomes more valuable it gets bdeveloped, even if it is closer to or even in the floodplains of local streams and rivers.

But, it is also true that there are a lot more impervious areas, such as parking lots, streets, houses, and buildings that, instead of allowing rainfall to soak into the ground, as in natural conditions, cause direct runoff of rainfall during storms. Impervious surfaces can have an effect on local streams, both in water quality and streamflow and flooding characteristics. A significant portion of rainfall in forested watersheds is absorbed into soils (infiltration), is stored as groundwater, and is then slowly discharged to streams through seeps and springs. Flooding is less significant in these conditions because some of the runoff during a storm is absorbed into the ground, thus lessening the amount of runoff flowing into a stream during storms. As watersheds are urbanized, much of the vegetation is replaced by impervious surfaces, thus reducing the area where infiltration to groundwater can occur. Thus, more stormwater runoff occurs—runoff that must be collected by extensive drainage systems that combine curbs, storm sewers, and ditches to carry stormwater runoff directly to streams. More simply, in a developed watershed, much more water arrives into a stream much more quickly, resulting in an increased likelihood of more frequent and more severe flooding.