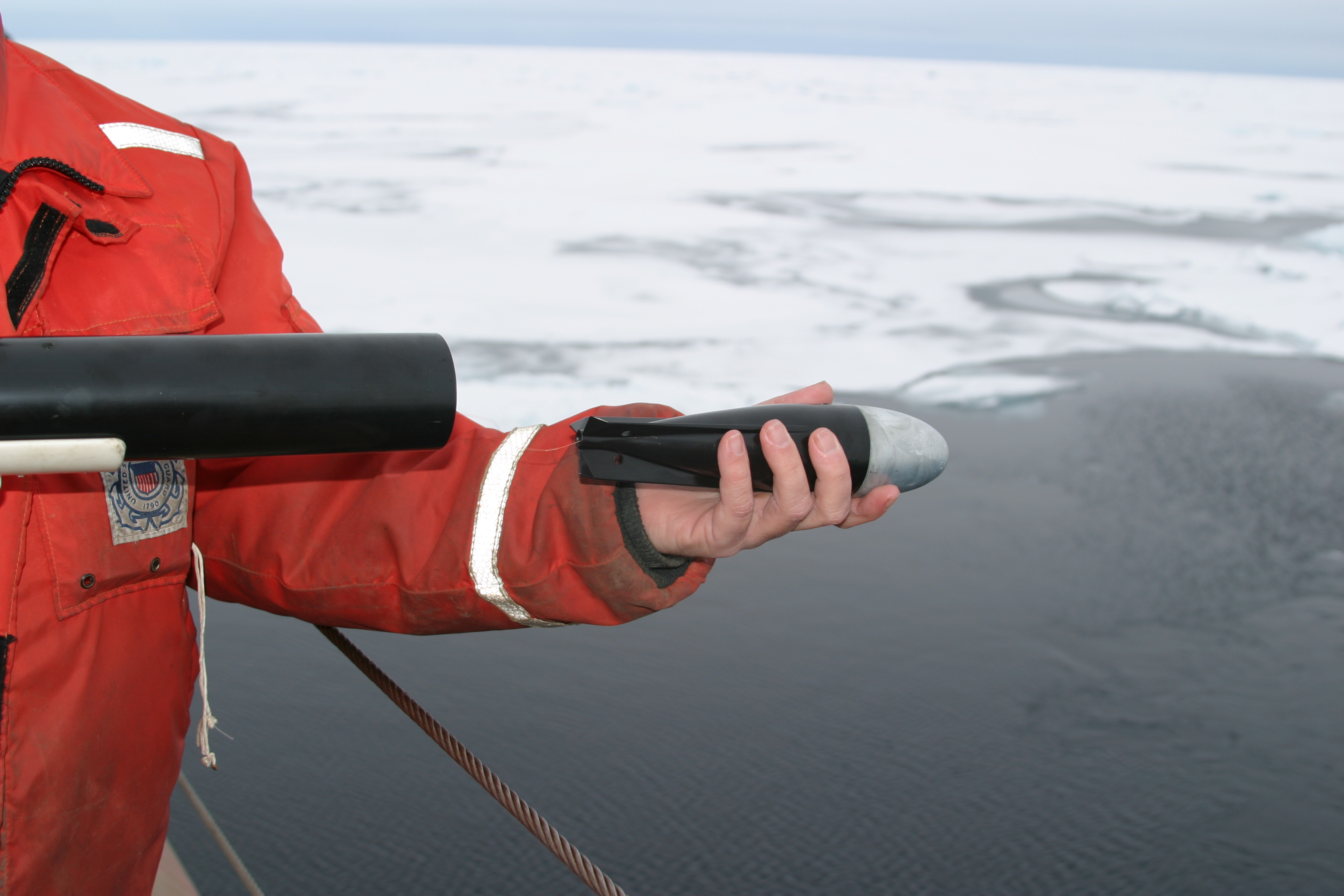 A U.S. Coast Guard member is preparing to launch an Expendable Bathythermograph (XBT) to help calculate the speed of sound in the ocean. The launcher sends a probe into the water to measure depth and temperature variation below the ship. There is a copper wire attached to both the launcher and the probe. When the probe is released, the wire unwinds from a spool as it descends. During this descent, the probe sends temperature data back to the launcher by means of an electrical signal through the wire. The launcher itself is connected to a computer that assigns each temperature value to a certain depth. The depth point is calculated using a predetermined rate at which the probe falls.

The speed of sound through seawater is an essential factor that must be measured to accurately determine ocean depth and map the seafloor. This measurement is being taken during a scientific expedition to map the Arctic seafloor.