Yosemite Valley, California is an example of a U shaped glacial valley 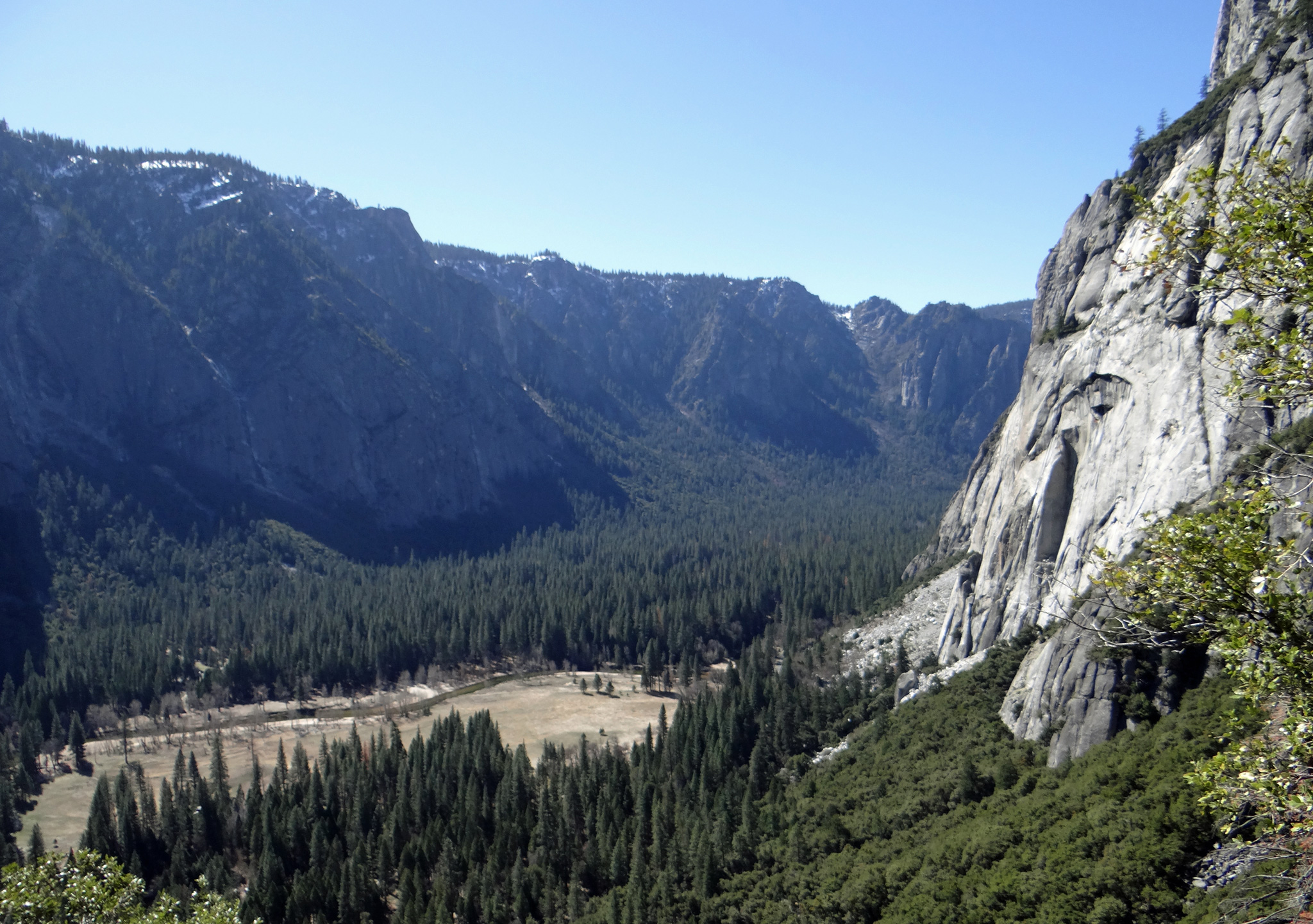 Glaciers have had a profound effect on the topography (lay of the land) in some areas, as in the northern U.S. You can imagine how a billion-ton ice cube can rearrange the landscape as it slowly grinds its way overland. In this picture you can see the bowl-shaped valley in a glacial valley in California where an ancient glacier forced its way through the landscape. Many lakes, such as the Great Lakes, and valleys have been carved out by ancient glaciers.

A glacier sculpts the land in ways different from running water. A river occupies a small U-shaped channel in the bottom of a V-shaped valley. A glacier carves the whole valley into a U-shape. The upper end of a river is a small stream in a small swale that merges with the drainage divide. The head of a glacier-carved valley is a steep-walled bowl or cirque. Glaciers are not as easily influenced by rock hardness as are rivers. They tend to bulldoze ahead, straightening out twisty river valleys.

Find out more in the Water Science School: